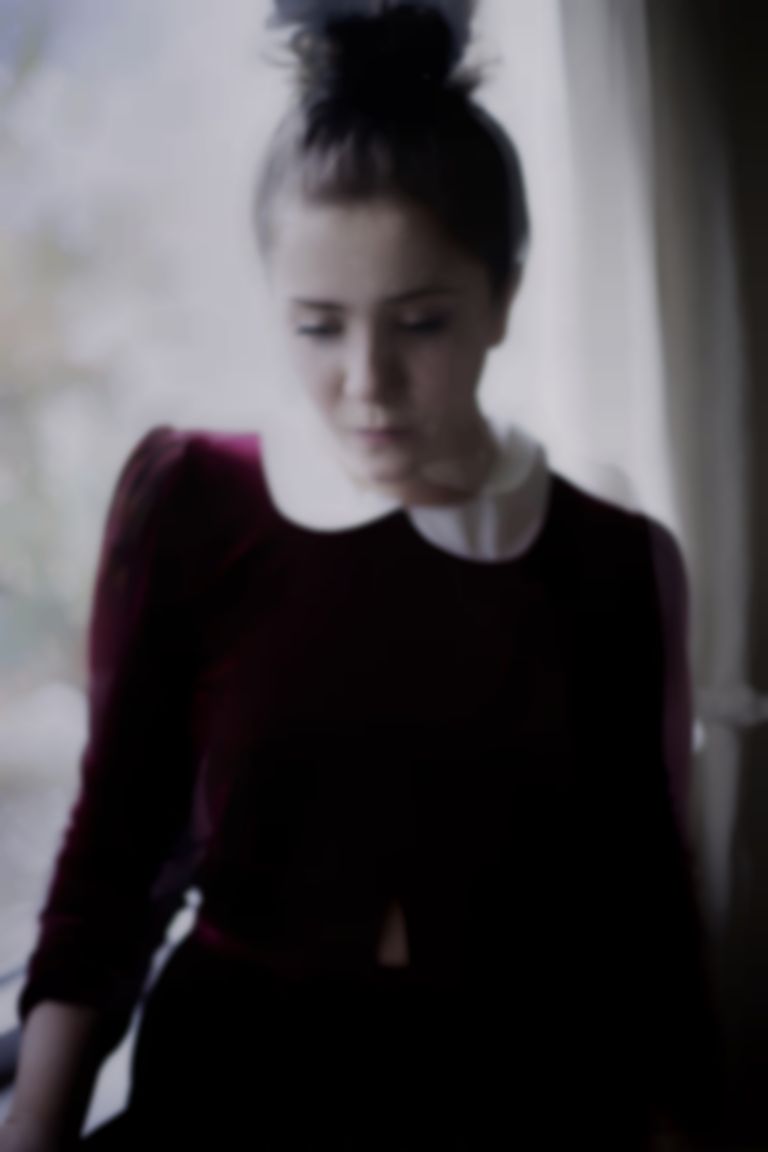 It’s no secret that we, along with an ever-expanding volume of music fans, have an ongoing love affair with Scandinavian music: from the brash and brilliant hits of Icona Pop to the heart-wrenching melancholy of Broken Twin, the region continues to export music of the very highest quality, and sneaking somewhat quietly up on this plethora of Nordic newcomers is Emilie Nicolas.

The young Oslo starlet made a name for herself in her native Norway thanks to a rip-roaring rendition of DumDum Boys’ “Pstereo”; although it came about in somewhat unusual circumstances - see below - the track offered a window into the beautifully beguiling vocal and precision pop production of which Nicolas was capable.

It is something of a perfect electro-pop song, centred around an intensely uplifting chorus, but “Nobody Knows” - a track which has sadly been taken offline in the run-up to the release of her debut record - and “Grown Up”, really exemplify the direction she is set to take: particularly the latter cut, oozes bittersweet sentimentality and somehow omits as much touching sadness as it does powerful inspiration. What we have heard, as well as eye-catching performances at this year’s by:Larm and The Great Escape, points directly and undeniably, to a stunning young artist with a very special knack for songwriting.

Nicolas takes a break from her tireless recording schedule in a barn outside Oslo to chat to us in the run-up to her debut London show; an eagerly anticipated headline slot at The Lexington.

How did you start writing music?

I don’t remember not doing it. I think it’s more that I learned to play the piano when I was six and then started playing classical guitar when I was nine or something. I think I always had it in the back of my mind that I wanted to learn them so I could write songs of my own, but I think I did made songs before that as well.

So you started from classical roots?

Not really classical to be honest. I was horrible at classical guitar - it was totally a waste of money and time! But then I got my own guitar and started to write songs by myself.

Did you play covers?

I didn’t really do covers actually - I just made my own songs. They were singer-songwriter, sad songs you know? I think it’s normal when you’re 13/14 to write sad songs. I discovered Ane Brun, the norwegian songwriter - she was my idol at the time - so it was in that sort of genre.

Do you think there is any way to explain the influx of Nordic talent?

I think it’s the lack of things happening, and then suddenly time goes on and there’s no a-Ha or Abba and music changes - and then the Internet as well? I don’t know - I have no answer for that! Sweden has always been the place, with stars like Robyn. Swedish music has been more popular around the world than Norwegian music but now it’s starting to change.

I listen to all sorts of stuff really. I recently bought the Stromae album: he’s from Brussels, he sings in French; it’s kind of African pop? I like African and Jamaican music.

How does your songwriting process work?

Sometimes it’s just the voice - if I don’t have an instrument with me I just do the bass-line and something with my voice on GarageBand. Usually I sit down to write a song - because I’m in the mood - with my old electric piano. So it’s just GarageBand and piano. I love GarageBand! (with a proper laugh) I even have it on my phone! I have 520 songs on my computer, they’re all recorded in GarageBand and some of them are not good! I can assure you there are some really bad songs! But I love it - it’s easy, you just get on and plop! I do have Pro Tools now - I need to learn it!

Wish we could hear some of these; what are they like?

They’re all really different. Sometimes I go through all my old sketches to see if there are things I like; I went through them and found the song “Nobody Knows”, I’m just sitting improvising over some chords and I just say “nobody knows” then say something else, and I remember that was the first glimpse of the song. It’s really interesting because with some songs it takes many times, like over and over and trying different things, so it’s funny to hear the very start of the song. I’m really strict about staying true to the sketch. That’s the most beautiful thing - the sketch not the end result.

But you’ve taken down “Nobody Knows” from your Soundcloud page?

I know - I’m sorry! I get so many mails saying, “I don’t know if you’ve noticed but you’ve removed the song…” They talk to me like I don’t know what i’m doing, like I’m on another planet or something but I know! It’s because it’s coming on my album!

How is the album going?

I’m in the studio right now actually. I’ve been here for 24 hours now, with about two hours sleep on a couch, so it’s nice to talk to you! I’m just here with my drummer and we’re producing the last song. It will be really good to be finished with this; it’s been on-and-off for half a year and we’ll all perfectionists so we’re doing it over and over again and it’s… urgh! It takes a long time.

Where are you recording? Are you working with any producers?

We’re in a barn outside of Oslo - yeah, it’s not amazing! I love being here but we’re a bit behind schedule so I’m a bit stressed and now the drummer is sleeping because he didn’t sleep at all. We do the production together, so we don’t have a producer which is really good, but right now it a bit shitty because somebody could have done this for us! We get stuck because we’ve been working with these songs for many years; some of them are totally new and they’re much more fun to work with because we always go back like, “this is better, that is better”, back and forth, like blah! I actually did go back to GarageBand, I was like, “This is the shit! This is what we should be doing!”

I can tell you a secret - it’s not a secret actually because you’re a journalist so you’re gonna write it but - one of the songs has a GarageBand bit in it: it’s loop of me singing with the piano and that’s from GarageBand. You can’t tell when you listen to it - it’s a secret!

When can we expect the album?

I don’t know if I can say? But September; just in Scandinavia.

That’s not good news for the rest of the world.

Are you looking forward to your London shows?

Yeah I’m really excited. It’s a bit scary to play in England at The Lexington because it’s not like a support, it’s just us, just us in England. And The Great Escape was scary. It was so hectic - we had no sound check, nothing! But it was like a win or lose thing; 50% it’s going to work, 50% it’s not going to work but luckily it worked okay! What’s the weather like at the moment?

It’s not great - some rain, some sun.

It’s so annoying to walk out the door with a rain coat and then it’s really sunny and you sweat like a horse! Then you have to carry the coat around!

Your cover of “Pstereo” is has done amazingly well. How did you decide to do that?

I didn’t decide anything… (cough). I had one song on the radio one time, like one play. I lived in Trondheim and every summer there there is a big festival called Pstereo which is named after the song by the Norwegian band (DumDum Boys). Then the organisers of the festival asked if I could do a cover version of that song so they could put it on posters, as like a small single, like you could take it off the poster and play it? It was like a little LP hanging on the poster. But it didn’t happen because when they heard the song they wanted to pitch it to radio stations and then it became what it is. It wasn’t my intentions to start my career with that song.

So you did it too well?

I did it too well! No way! I will never do a cover again!

It is a very different sound to “Grown Up”. Is that more of the sound you want to project?”

Yeah. “Grown Up” is the sound I want to project. I’ve waited so long for the right moment: when I feel ready, the songs are ready, I wanted everything to feel really good and then the cover thing happened with that song. It was a bit out of my comfort zone to make a Norwegian hit, if you can call it that!?

I do think it’s good in a way because I made “Pstereo” like a job: what would people like? Like a festival song. It has to be epic and create a good feeling, so maybe it’s nice not knowing what you’re writing to? I didn’t know it was going to be played on the radio so maybe you make better songs when you’re not aware of what’s going to happen? Maybe?

What about “Grown Up”? That feels very intentional.

I tried to make a song about how I feel about my father. It has so many more meanings behind it than the ones I say out loud. It’s not like, “I love my father so much! Hallelujah!” It’s not like that. It’s like a soreness, a vulnerability of asking for love.

And the video is clearly very sentimental.

Yes it’s my family: I’m the baby that stares right into the camera at the beginning and my Dad is in it too and my Great-Great-Grandmothers and everyone in my family. I cried like, not a baby, but like a grown woman when I saw that! (laugh) Like ugly crying! Ah God!

Do you have a musical family?

I don’t remember not living this way! I had one day off - I’ve been in the studio like this for two months - it’s really bad! I just stood in my apartment and just didn’t know what to do? I always know what to do! Download a movie, do something good like read a book or something - but I couldn’t do anything, I was just paralysed standing! But usually when I’m not doing music, I try to relax, be with friends and family or spend some time by myself. I’m just thinking about finishing the record.

I’ll let you get back to work then.