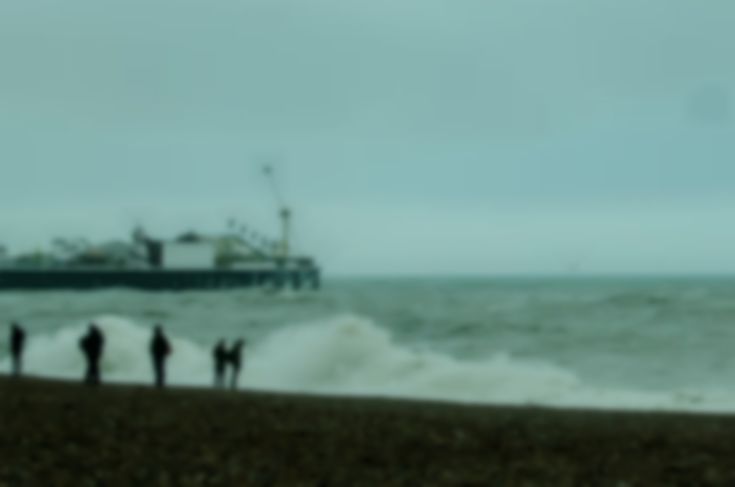 ​Having arrived at midday we barely have time to settle into Brighton before The Great Escape line-up kicks in and we’re off exploring the best new music spilling from the town’s sprawling venues. George O’Brien and Charlotte Krol feed back on the day’s best while Howard Melnyczuk and India Whiley-Morton send in the snaps.

Kimberly Anne played an overflowing Black Lion pub on the first afternoon of the festival, bringing her brand of folk-driven pop to the cagey venue. Her warm, honeyed vocal pours out above Ben Howard-esque acoustic guitar work and her relaxed showcase performance is as endearing as it is professional; a conversation about her homemade, Poundland-inspired video for “Bury It There” highlights this brilliantly. Tracy Chapman comes to mind with her knack for solid songwriting alongside the characteristic voice. Throw in a 90’s dance mashup cover of “Show Me Love”, a well-voiced singalong of “La La” and what feels like a hit single in “Hard As Hello”, and Kimberly Anne is winning over a healthy handful of early Great Escape punters. GB

Pulling a healthy-sized crowd into Dome Studio mid-afternoon was Scottish sextet, Neon Waltz, and their revived strand of indie. Full of mid-noughties guitar jangles, it’s easy to discard them as, well, just more landfill indie. But besides the Strokes-indebted riffs, there’s something with more promising bite - be it cascading seaside synths, catchy 60s doo-wop rhythms or whirring organ drones. A meek start is more than made up for at the close with an anthemic number weighted with pelting drums, open-hearted harmonies and spinning bass. It’s early days for this Caithness bunch, but by the response from the crowd, they’ve got longer ones ahead. CK

Playing their hometown at The Great Escape, Brighton five-piece Phoria were one of the talked-about bands of the first day, and their set does not disappoint: the cinematic sound is beautifully atmospheric in this church setting with cooling vocals that works their way out over layers of intricate accompaniment. New single “Emanate” is a glorious highlight, with its clicking, padded drum sounds, whirring synth and inspiring, shuddering breakdown; it brings to mind the likes of The xx and M83 as well as “Red”, the song that got us excited about Phoria in the first place; magical stuff from an outfit well-worth keeping an eye on. GB

“I didn’t know this room was going to be this big, I wasn’t mentally prepared”, declares a wide-eyed Courtney Barnett. Indeed, Komedia is bursting at the seams with what feels like half of Brighton. No one can really see her save for a live TV stream that reveals the Melbourne native spilling out stories beneath her dark fringe. Playing her guitar like it’s an extension of her twenty-something slacker soul, her fingers crawl languidly - though skilfully - over the neck as deadpan delivery shoots around the room. Where “Out Of The Woodwork” is more a musical getaway with bright chords and skipping melodies, “History Eraser” and “Avant Gardener” allow Barnett to do what she does best: channel sarcasm through gentle garage-rock. The omission of her backing band services her talent as she emits joy through every chord, quip or rhyme, blurring the distinction between the performance being a gig, stand-up show or poetry slam. This crossover of the arts is supremely entertaining and unique, and Barnett is a remarkable showwoman. CK

Drowned in darkness, seafront nightclub Digital is the perfect setting for the purposefully mysterious Polish band, BOKKA. Hiding behind mirrored masks and zipped-up boilersuits, the quintet introduce themselves with messages of “we let the music speak for itself” on printed boards. The first few tracks are direct, techno-inspired electronic thrashers, complemented by flashes of light that bounce off their masks’ metallic sheen. “Town Of Strangers” recalls the darker throws of Santigold’s music, both musically and vocally, with swirling ostinatos and the frontwoman’s bouncy mutters. BOKKA are certainly no one-tricky pony; by the end of the set we’re doused in Daft Punk-inspired electro-funk. It may muddle their identity further but is nonetheless a fun track that warms everyone up for Brighton’s night-time revelry.CK

Following her stand-out set at this years by:Larm, Norwegian starlet Emilie Nicolas appeared for her first UK outing at The Line Of Best Fit stage on the first evening of festival. Opening with the stunning “Nobody Knows” it was immediately apparent that her live show was every bit as captivating as the music we have heard: standing statue-still Nicolas allows her immaculate vocal to float out above wonderfully tidy accompaniment from her band. Alongside the rousing pop-hit cover of DumDum Boys’ “Pstereo” and the beguiling “Grown Up”, unheard numbers show-off a more punchy, James Blake-like production sound and it is a set that oozes consummate professionalism from the most exciting new Scandinavian export. It’s impossible to take your eyes off Emilie Nicolas. GB

With the remix of her breakout single “Habits” taking the radio and charts by storm, Stockholm pop queen Tove Lo drew a healthy crowd down to the Komedia. Her knack for intensely infections, chart-ready hits is instantly apparent with the aforementioned track being joined by “Not On Drugs” and set-closer “Run On Love” in particular; the Lucas Nord feature still sounds like a monster summer smash as her seductive vocal pierces through typical dance-floor piano refrains. Her energy and incredible ease on stage make Tove one of the most smile-inducing, fun-filled live artists around. GB

Following-on from the fun-filled theme, Best Fit Recordings’ own Pawws brought her 80’s inspired synth-pop to the Komedia as the first day started to draw to a close. Backed by brilliantly tidy keys and drum accompaniment, Lucy Taylor’s pristine vocal and sleek performance style provides the focus-point for the set as earworm melodies appear again and again. “Give You Love”, “Sugar” and the blistering “Slow Love” provide the highlights, sounding like beautifully updated Kylie. The latter track in particular gets the venue disco-dancing as the first day turns to night; faultless day one highlight. GB

Headlining our very own stage at Komedia tonight is London-via-Kendal band, Woman’s Hour. If there’s one word that can define the quartet it’s “elegance”. Every chord stroke, every hand to the microphone, every side-step or swoop is done with such beauty. Even synth/keyboard man Josh Hunnisett’s intermittent fist pumps have style. But it’s not just about how they look; Woman’s Hour make graceful and gorgeous minimalist pop. “Thunder”‘s gentle guitar lines and dulled pulses are carried by singer Fiona Burgess’ earnest vocals, sung with stunning and marked understatement. The title-track off their forthcoming debut on Secretly Canadian, “Conversations”, injects a new kind of energy into the set with crisp drum machine beats and rattling, upbeat guitar that pulls the crowd closer to the stage. The gliding atmospherics of “Our Love Has No Rhythm” blankets the low-ceilinged space, bodies swaying side to side, and Burgess holding every note with subtle power and poise. Woman’s Hour are something special. CK

Ever since the Malmö-native appeared with the desperately beautiful “Waiting”, we have been a completely smitten with Alice Boman. Her simplistic, touching melancholia aligns her with the likes of fellow-Scandinavian Broken Twin and Sub Pop’s Lyla Foy. “Over” - a relatively upbeat outing for the young artist - and “What” standout; the latter, which closes the set, brings to mind the aforementioned breakout release, with Boman’s whispering vocal floating out above subtly punchy chord progressions. “What do you see / When you look at me?” she cries with delicate poignancy; the whole room sees an incredible songwriting talent with an effortlessly endearing presence. GB