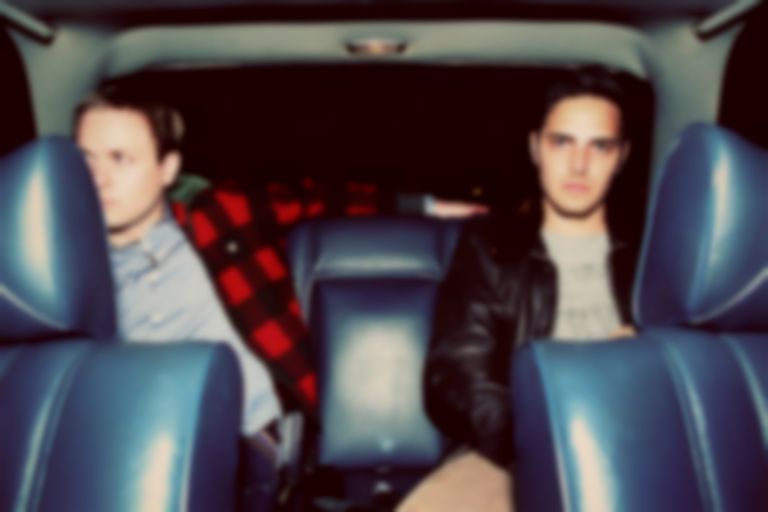 “Why would you live anywhere else / we’ve got the ocean, got the babes / we’ve got the sun, we’ve got the waves / this is the only place for me”. That’s Best Coast’s Bethany Cosentino’s thoughts on California and Los Angeles – places that clearly influence the sound of her band and which she’s proud to show off.

There are of course many more artists that make music that if not at least influenced by the sunshine state, belong as part of a west coast sound: Beach Boys, Eagles, Devendra Banhart, Frank Zappa, Rage Against the Machine, NWA and Rilo Kiley are all from California and LA, all taking a variety of influences from their home and expressing it in their own definitive sound. Then we’ve got the too-numerous-to-mention acts not from the state but wish they were – the point is, you know a Californian band as soon as you hear one.

To this roll of sunshine honour we can add the LA production and DJ duo of Classixx. Made up of childhood friends Michael David and Tyler Blake, the pair grew up together in Los Angeles, making music since their early teens but coming to prominence through their eclectic DJ sets that drew on their love of classic house and techno, plus plenty of disco, funk and classic FM rock. While continuing to write their own music, Blake and David undertook some high profile remixes for the likes of Phoenix, Ladyhawke, Yacht and Major Lazer, turning the original tracks into sunny and gorgeous experiences thanks to a sheen of disco synths and pulsating Italo house grooves.

Finally now, though, we’ve got a full Classixx album, Hanging Gardens packed with cracking track after cracking track; summery grooves abound on ‘All You’re Waiting For’ which features a deadly vocal spot from LCD Soundsystem’s Nancy Whang, Junior Senior’s Jeppe turns up on the club banger ‘I’ll Get You’, while ‘Holding On’ gives the duo a chance to stretch and flex their dance muscles across six euphoric minutes. This is music to listen to with the sun on your face, top down on the car, cruising along the freeway… or, if you can’t do that, having the time of your life in a club.

We caught up with Tyler recently to get the Classixx back story, their influences and find out what’s so great about their home state.

I guess we should start at the beginning – how did you two meet, and when did you realise you wanted to make music together?

We met in middle school. We both wanted to create music and there weren’t a whole lot of bands in our neighbourhood so we kinda happened upon playing music together because there weren’t many other people to do that with. We happened to get extremely lucky to have found each other because here we are continuing to do what we were doing when we were 14 – just a little better!

Was it a case of enjoying the same type of music, or do opposites attract?

Well, personality-wise we were pretty opposite. Mike was really polite and quiet; kind of a shy kid that giggled at everything. I was much more extroverted and was constantly doing wild things to try to impress my friends or make them laugh. Opposites might have attracted in that way. But musically we had pretty similar tastes and when we started playing together we basically became best friends and started showing each other all the music we were listening to. Most of the music in my life has either been shared with Mikey or was shared with me from him. Our music tastes are closer than any two people I’ve come across. It’s definitely a shock when one of us likes something and the other doesn’t – although it does happen from time to time.

Do you remember what the first thing was that you worked on together – was it a remix or your own track?

We’ve been making music together for too long to remember what the first thing was. Definitely not a remix though. We started making stuff together before we had any idea what a remix was.

Who are the main influences on the Classixx sound? I’m guessing there might be some house, techno and disco stuff, but maybe some classic FM radio rock as well?

Yeah, all that. We’re really into classic and contemporary house music and disco. We’re also into Michael Jackson and Quincy Jones‘ production. Also Giorgio Moroder, Daft Punk, DFA, Kraftwerk, and Talking Heads. Those are a few.

The music strikes me as very warm, sunny…maybe typically Californian – does place (California in particular) have an influence on your sound?

Yeah. We love Los Angeles more than anyone else I know. We love working near the beach. We love the style of architecture, historic Hollywood shit, palm trees everywhere! The fact that we love this city and everything about it probably says something about the kind of music we love to make. If we hated So Cal maybe our music would sound a lot different.