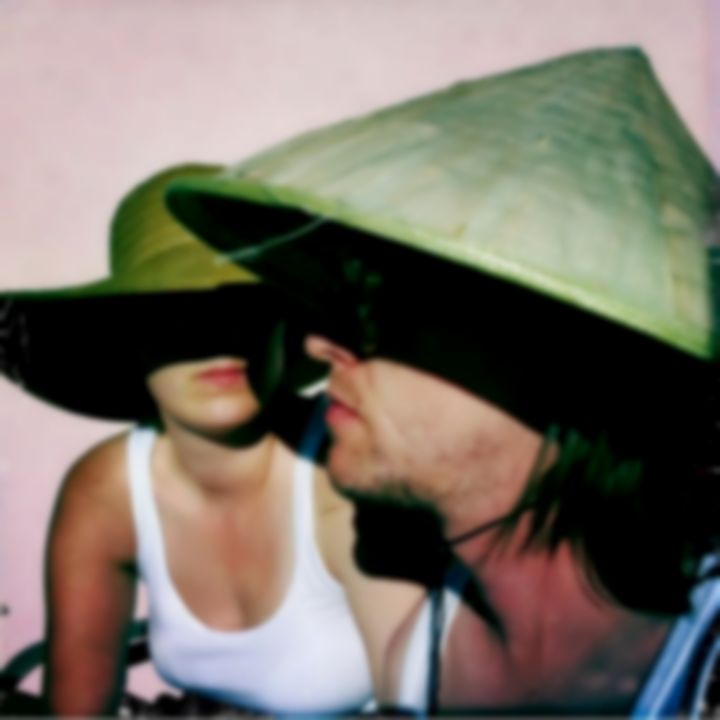 Burning Hearts make gorgeously-crafted pop songs that more than live up to the their name. Consisting of Jessika Rapo and Henry Ojala, this Finnish duo channel themes much greater than their influences, as they seem intent on making music out of the raw elements of life itself. We catch up with Burning Hearts ahead of their forthcoming performance at London’s Ja Ja Ja Nordic showcase to learn a bit about what fuels them.

You guys started out as a two piece. So Jessika and Henry, how did you cross paths, and what prompted the expansion?

We both played in bands that toured together in Sweden, and that’s when we got to know each other better. Eventually, the idea of making music together as a duo came up. We wanted to try something different, but most of all, we wanted to explore new ways of creating music with less compromises.

What is your songwriting dynamic; is the output equal to the sum of your (four) parts?

So far, we, Henry and Jessika have been writing all songs. On Extinctions most of the song ideas have started from Jessika’s demos that we’ve worked on together and arranged. Henry plays all the instruments and is in charge of the technical aspects.

What are the most important albums in your record collection? ‘Into the Wilderness’ begs the assumption that A-ha must be in there somewhere, amongst other 80s new- wave delights…

Jessika: ‘Take On Me’ is a great pop song, but I don’t think it has inspired ‘Into The Wilderness’… at least not directly. My record collection (that consists mainly of Stereolab, Broadcast and Suzanne Vega albums) hasn’t really been updated since 2005 or so, since I don’t listen to music that much anymore. The more I get involved with my own music, the less interest I show towards the music others make, it seems.

I also hear some David Bowie influence (e.g. the intro to ‘I Walk Among the Trees’). What impact, if any, has he had on you, and how are excited are you that he’s finally come out of retirement?

Henry: I’d say Bowie has had an impact on pop music in general. In the song you mention, the synth riff just ended up sounding quite a lot like ‘Ashes to Ashes’, so we decided to make it even more obvious. The new song was a nice surprise, and I hope this means he will do live shows this year.

Are there any concurrent synth-poppers you admire/would like to work with?

Henry: Feels like “admire” isn’t necessarily the same thing as “like to work with”. We admire many current pop musicians who use synthesizers – The Radio Dept., Ariel Pink and John Maus, to mention a few. We’ll work with anyone, as long as all parts can gain from the co-operation.

How would you describe the music scene in Finland? Is it a good place in which to be a band?

Jessika: The music scene is growing and about to flourish, I hope. It’s been undergoing some changes and lots of development has taken place under the past years. It feels like there’s space for all kinds of bands, and there’s definitely a growing audience for less mainstream bands. I’m glad that there’s a lot of creativity going on.

Can you tell us a bit about your influences, and being a music fan growing up in the Finnish music scene?

Henry: We were teens in the nineties, which obviously meant a lot of grunge and indiepop. As a result of growing up in the Swedish speaking parts of Finland, we listened to a lot of Swedish music. Alternative pop music shows like 120 Minutes on MTV were important as well. The, in comparison, tiny Finnish music scene has offered some unique and experimental bands, and I think that the attitude of these musicians have been an inspiration to us.

Your lyrics are in English, and not Finnish or Swedish; do you feel breaking through to a US/UK market is the only true path to success?

Jessika: Our mother tongue is actually Swedish. But apart from the language you speak, English still seems to be the ‘natural choice’ for pop musicians from any country. Apart from that, you don’t necessarily want to limit yourself (or the people who will understand the lyrics) if you have a choice. Breaking through in a market isn’t something we have done any calculations on so far.

You’ve played a few different countries outside your native, which countries have you felt most welcomed by?

We want to mention Estonia, because it was lots of fun. The concert was in Tallinn, in an old Soviet factory that had been transformed into a center for urban culture and where the atmosphere was amazing. The audience was extremely shy, but at the same time very welcoming. Germans are also really eager gig attendees, and it’s always fun to play there as well.

The name of your second album is Extinctions, and much of the album meditates on tragedy. Why such morbid focus?

Jessika: Well, we had been surrounded with quite a few tragedies both in society as well as among friends and their families. It wasn’t really intentional to write about tragedies, but as always, I write about things that touch and affect me. It’s not that I’m a very dark person and fascinated by death, or anything. I guess I’m rather emotional and empathic.

Animals also seem to be thematically important – in song titles, lyrics, and Darwinian cover art – is there a personal significance, or some way in which you feel particularly connected to wildlife?

Most of the songs were written and recorded in rural surroundings close to nature. We wouldn’t exactly call it wildlife (not by Finnish measures). But still, open landscapes, the closeness of the sea and the dark forests might have had an impact on us. In addition to this, Jessika has a degree in biology, and that’s where the zoological and botanical vocabulary comes from.

Is there anything in the future you are particularly looking forward to/wincing at?

Feels like there are all kinds of exciting stuff happening this year, like concerts in interesting places lining up. For instance we’re doing a small tour in March, starting in London and ending in Rome. We’ve also started recording new music that we’re very excited about. So, we have a lot to look forward to.

The first Ja Ja Ja of 2013 will take place on 28 February at The Lexington, Pentonville Road. Tickets are £5 and available via this link, and to find out more about the event, head to the Ja Ja Ja Facebook event page.