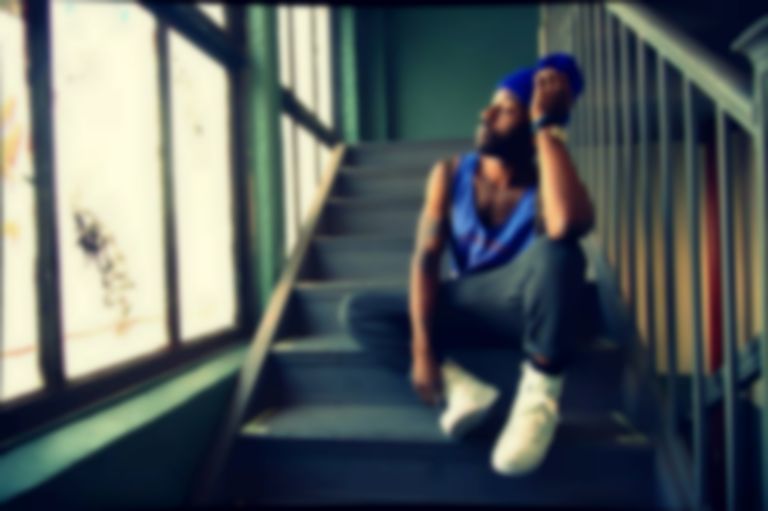 Originating in Washington, the now Brooklyn-based electro-soul crooner Ang Low is angling for fresh methods of toying with your emotions.

With the current influx of neo-soul/noir&B singers over the past year or so, it takes a special kind of someone with a special kind of sound to make you take a step back and gasp in awe; luckily, Low has that quality. He laces his heartfelt vocals with synth-pop hooks and eclectic bursts of percussion, and rather than embracing anxiety and darkness, there’s a summeriness in his nigh-flawless voice. He’s gunning for hope, love and happiness rather than wallowing and sulking.

“Can’t Describe Her”, for example, utilises throbbing bass womps and squidgy blooping synths. The beats echo like lobbing a suitcase down a well. It’s a rhythmic tour de force, but the appeal isn’t isolated to the pace and percussion; Low’s falsetto is stunning. The chorus melodies will get lodged in your noggin for weeks. Another track, “Life Goes Down”, has been likened to Miguel. It’s a sensual dawn-on-the-beach cut, simultaneously warm and breezy, with elegiac Imogen Heap-y vocoders and tropical guitars.

Could you give us a condensed backstory for those who’ve not heard of you before?

Firstly, thank you The Line Of Best Fit for the support. My name is Ang Low. I am an artist living in Brooklyn, New York and originally from Tacoma Washington. I’m a singer/songwriter, musician and producer. I’m inspired heavily by R&B, pop, dancehall and indie sounds. I love singing all genres of music and experimenting in the studio.

What was the first LP you fell in love with?

Lauryn Hill’s The Miseducation of Lauryn Hill. The album was so great. Her rhymes and vocals were on point. It was an album everyone could connect to on different levels.

Who do you credit with first introducing you to music?

My mom, she always had something soulful blasting… from gospel to holiday music.

What are your top three favourite records of all time?

It’s impossible to name just three favourites, but these would be near the top:

Could you sum up your sound for us in three words please?

When did you find out you had an amazing voice?

Well I would always get asked to sing in high school and round my way since I was young, so I knew I had a voice and that there was something special in there.

Would you be able to run through the writing and recording process for “Win Back Your Love”?

“Win Back Your Love” was created by myself and two other producers. I always write and work up songs on my own to start with at my home studio. When I was happy with the track I took it down to Sonic Architecture Studios in Brooklyn. The song was built up from some percussion and we developed the concepts from there.

How about for “Voodoo Woman”?

“Voodoo Woman” was created in the same way. Dan Drohan and Jeff Fettig, the producers that I worked with on this EP are pretty genius and were able to take my initial ideas and elevate everything up a level.

What’s the most rewarding thing about making music?

Personally, I always get an instant feeling that I live on for a couple of days. It’s like hitting a J – you feel it immediately, it takes over your body, and you just ride it out.

Where would you be now if you weren’t making music?

Probably shooting for something in the culinary world. I am a trained chef and I like to get in the kitchen as often as possible. I can cook down to the ground too.

If you were the frontman of a supergroup, who would make up the rest of the group, and what would you sound like?

Best question ever… Sia, Beyoncé and Cee-Lo Green would be my backing singers. Jimi Hendrix on guitar. My drummer would be Gordo, a subway guy that plays on plastic buckets and metal pots. M.I.A. would be my hype man and Nathan Watts (Stevie Wonder’s bass player) would be on bass. It would have all sorts of elements to it.

Do you ever get nervous performing?

Every time. You never know what a crowd will give you.

Pretty good, It was back when I was a kid, when even if you messed up it was okay.

Where do you hope to be this time next year?

It’s tough to answer that because I am working hard and pushing for so much right now. I just intend to keep building a great team of people who enjoy music as much as I do and want to push the boundaries with me. Whatever I’m doing, if it involves music I’ll be happy.

What have you got planned for the rest of 2014? Can we expect to see you this side of the pond at any festivals?

I’ll be putting out more music, making some video’s and definitely playing live shows. I’ll be out to the UK all things going to plan. I’ve never been before and I’m looking forward to coming over.

The Life Goes Down EP is available now on Luv Luv Luv Records.