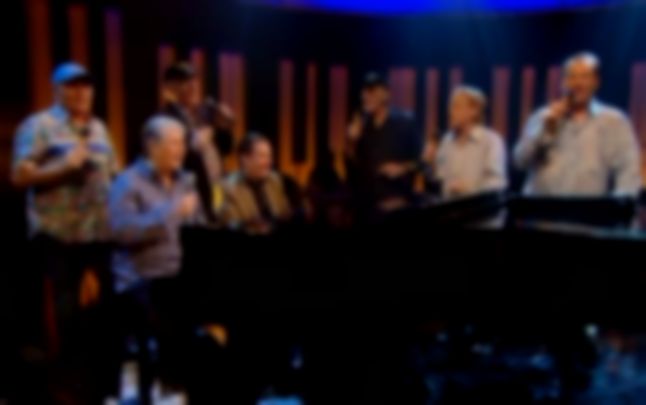 The Beach Boys were singing about the beach and babes of California long before Best Coast and Wavves were even alive, and the original surf rock group rolled back the years once again for this acapella and piano rendition of ‘Barbara Ann’, backed by Jools Holland on Later last night.

Watch the clip above, and skip to the 1:10 mark if you don’t want to hear Jools make a bad joke about their album Holland being named after him.