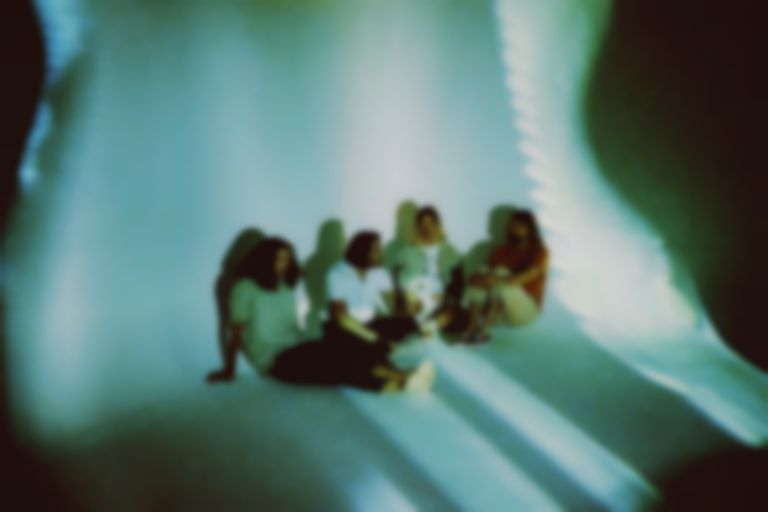 Exploring the temporal nature of recollection, "Aloosh" implores you to turn off your mind, relax, and float downstream. A welcome escape from reality, complete with dreamy lyricism and a 1980s indie-rock vibe, their sound draws comparison to the likes of Tame Impala, Pond, and Temples.

Having released a steady stream of singles since October, the blissed-out four-piece continue on their intoxicating journey back to Paisley Underground. Deluged in fuzzy melodies, swirling guitars, and booming synths, "Aloosh" is both supremely trippy and sensuous.

Labyrinthine not only in their sound, but Volleyball’s ethos is also a synergetic one. Having worked closely with the international creative collective The Rattle, made up of over 300 musicians, the band not only pride itself on being innovative in their approach to music but also their aesthetic and interactive appearance - including upcoming VR experiences and a rather wonderful kaleidoscopic website.

Wavering guitars and illusory soundscapes are Volleyball’s forte, yet they also manage to incorporate a sleek production that adds an opulent velvety tone to "Aloosh", which seesaws its way throughout the track.

"'Aloosh' means ‘from the sky’; we love how that image captures the transitory nature of memories and places; how they can be important in your life disappearing without you noticing and reappearing when you least expect them," says Volleyball.

"Memories that seem far away can be recalled easily through music. Being in a band is an all-encompassing relationship. It defines an era of your life and creates something greater than the sum of its parts. "Aloosh" is also a moment of appreciation for this and what we’ve given each other”.