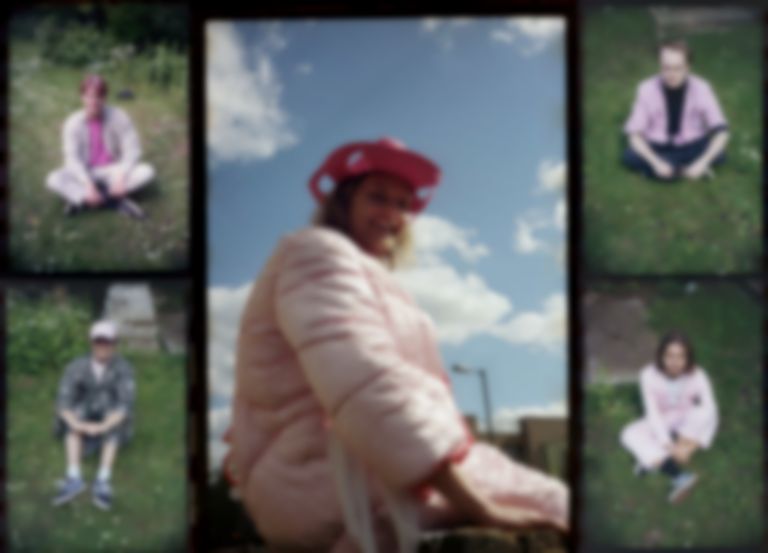 Focusing on the cathartic emergence from a solitary struggle, Tiña’s latest single “People” is an oddly prescient hymn to humanity. It's a song with an immense gratitude for the simplicity of company, with the knowledge that fighting difficult battles alone can often make them even tougher. As lead singer Joshua Loftin coos gently, “People, oh people, I seem to have missed you somehow”. It’s taken on an unexpected relevance in the COVID-19 era as we look forward to moments of reunion with friends and family.

This spirit of solidarity is captured perfectly in the track's accompanying visuals. "This video was a big collaboration of ideas and work from different people all melded into one,” says Loftin. “A big shout out to the friends & community who came out for the skatepark part of the video shoot and made it a great day."

Loftin’s vocals, with his soft falsetto capturing a thoroughly positive essence: it’s the vocalisation of good vibes. The stripped-back instrumentals allow his voice and the power of the message to shine. Loftin has said he often feels like a shaman on stage and, strangely, it seems to translate across to the studio.

Tiña’s upcoming album Positive Mental Health Music is produced by hitmaker Dan Carey and will be the first ever album released on his (normally singles-only) Speedy Wunderground label. Having someone like Carey, who produced both of Fontaines D.C.’s albums, on board should be a huge boost for this fiercely versatile quintet. “I’m so glad this is the first record on the label,” says Carey. “I’m really proud of it.”

Tiña’s singles released so far have somehow sounded accessible, whilst simultaneously oozing originality, with Loftin’s incredible vocal range almost sounding like a different person from track to track, with mental health themes anchoring them together (Loftin said the band’s upcoming debut album helped him “work through a mental breakdown”).

On their latest, Loftin muses: "The sun's going down, John Lennon and Elton John are in a small row boat together, they've just been intimate with each other and are lying down side by side, and everything is okay."

"People" is out now and Positive Mental Health Music will release on 6 November on Speedy Wunderground, available to pre-order/pre-save now. Find Tiña on Instagram.