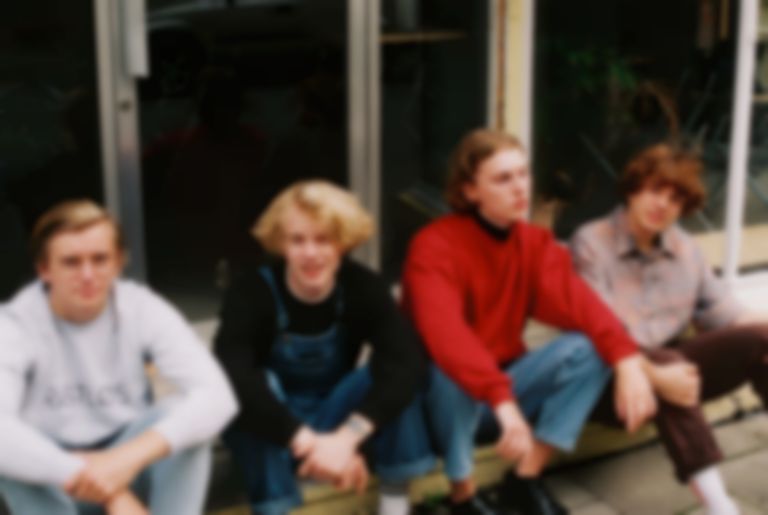 Trondheim, Norway-based indie rock band This Daze have announced their self-titled debut EP, set for release on December 4th, along with first single "Less About You".

As an introduction to a brand new band, “Less About You” is pretty promising. The new release by Norwegian four-piece This Daze is irresistibly fun, with the band’s breezy, fuzzy sound recalling the likes of Wavves or early Cloud Nothings. It’s a song that makes you want to blow off your responsibilities for the day, grab a skate or surfboard and let loose.

The repeated declaration of “I don’t care” through the verses is a gratifyingly irreverent anchor for the song, pulling listeners along on its carefree ride. There’s an endearing swagger to it all, but a more vulnerable layer lays just below the cool façade of vocalist Erlend Eggan, his frustration and confusion clear as he sings, “I couldn’t care less about you”.

Musically, “Less About You” keeps up a pulsing energy through its entirety, hurtling from verse to chorus and back without so much as a bar to cool off. It eventually reaches a barely contained simmer for the bridge, before the pay-off comes with an achingly cool guitar solo that leads into a cathartic final chorus. The whole thing is over pretty quickly, but chances are it’ll leave listeners in a darn good mood.

“It’s a song about realizing that you should be letting go of something or someone,” explain the This Daze of the track. “On the surface saying ‘I couldn’t care less about you’ might seem flippant and throwaway. But most of the times when you think or say something like that, it’s because you’re torn between clinging on and letting go. Doing the right thing is never easy, and this song describes the duality of such situations”.