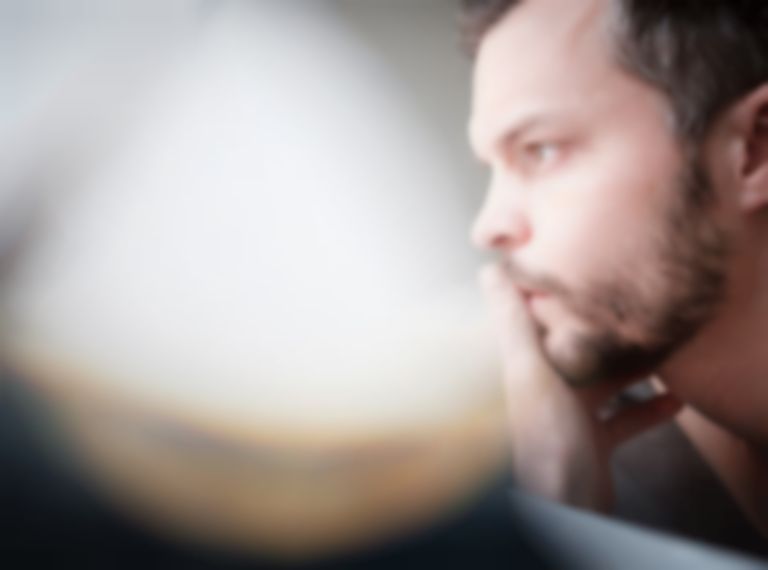 The Tallest Man On Earth returns today with the third track from his When The Bird Sees The Solid Ground video/song series, and it's an impassioned beauty.

Following on from "An Ocean" and "Somewhere In The Mountains, Somewhere In New York" Kristian Matsson has unveiled the spiralling, almost desperate "Forever Is A Very Long Time".

Prefaced with a video of Matsson bathed in Swedish spring sunlight talking about the seasons bringing in change, and hope, the song begins on a hotel bed. It's vintage The Tallest Man On Earth, just the singer and his guitar, and a tale about trying to let go.

Filled to the brim with energy, almost falling apart at the seams as Matsson throws everything at his guitar and the song (he promises a softer version in the future) "Forever Is A Very Long Time" swoops through heartbreaking melodies trying to figure out when an ending stops and a new beginning starts. Everything becomes a blur as Matsson sings "I'm just a little unprepared / the end has just begun" - it's raw, fresh and we're right in the middle of it.

Then there's a line that repeats in the song, a wistful wondering that maybe, underneath it all, there's a bitter pattern to our lives:

"What if nature's just numbers / You and I, repetition?"

"Forever Is A Very Long Time" is that realisation that once someone has left your life, there's still a whole lot of empty living still to go.

We spoke to Matsson to find out more about this song and the When The Bird... series.

BEST FIT: Can you tell us a bit more about this song series, and what inspired you?

THE TALLEST MAN ON EARTH: "I needed to change things up and figure out if there was a way shorten the gap in time from the first impulse to write a song, to when people could actually listen to it. To let them just be songs, not the career-defining milestone content that the album cycle had started to feel like, on dark days. I wanted to feel inspired, and by also losing myself in something I didnt know much about; learning about videomaking and how to DIY that after spending many nights watching tutorials on colour grading and whatnot, feels like I'm having a lot of fun again."

This series of songs and videos feel like something you need to spend some time with, something slow for a fast world - did you feel like you might be taking a gamble, that people wouldn’t want to hear you talk and intro a song?

"Well, if it's a gamble it's needed. I'd rather have fewer people hearing the songs than be nervous about it. I find little pieces of art here and there all the time, and they give me a lot of pleasure. I'm happy if these songs and videos could be that find in the middle of the fast world for someone. Everyone has their slow moments, but then someone else is running so I think it just kinda looks like the whole thing is fast all the time."

What can you tell us about this song, and how does it fit with the other tracks?

"It's kind of a direct follow up to 'Somewhere In The Mountains, Somewhere In New York'. Just the next step after heartbreak. Letting go."

It’s been a little while since Dark Bird Is Home, can we expect a new album at some point in the near future?

"Yes. I basically spent two years of touring following the release of the last one, and I can't really write good stuff on tour. I can't write about life on a tour bus. I've already started to work on an album, release TBA. I need to figure out how I want to present it."

"I'm recording, going back and forth between NY and Sweden, the two places where I spend most of my time. Then in the fall I start touring again, this time with a plan to have more air in between tour legs, to keep it sane. In that way I feel I can go on for a long time. I just did two shows in Colorado, playing solo again, and remembered that this is what I do. I'm a little folk idiot running around on stage, and I love that. I'm really excited for the fall."

"Forever Is A Very Long Time" is out now. The Tallest Man On Earth play London's Union Chapel on 24 and 25 September.