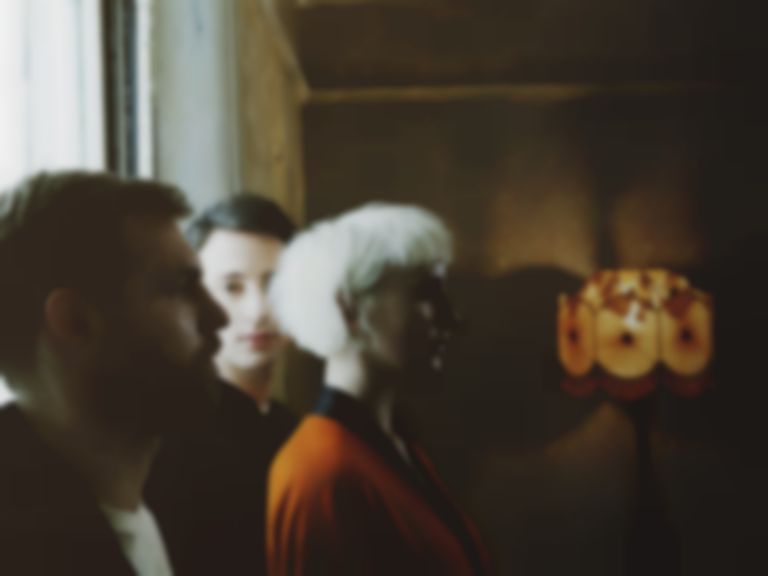 Remember, remember, November and all that jazz - let's just cut to the chase. Here's our pick of the best new music by emerging artists from the last seven days.

Vaults have crafted a near-perfect armoury of songs since their incredible debut "Cry No More" in late summer 2013. This week the London trio shared their most poignant track to date with "Poison": three-minutes of glorious, glacial synthpop that induces abundant catharsis. "Won't you let me poison your heart", the female lead bellows across icy landscapes of lonely organ synths and hollow beats. It's an absolutely mesmerising listen that proves Vaults are becoming serious contenders in the electronic pop game. We're right behind them.

Well, well, well, Aussi cousins Klo were a lovely treat on the ears this week with "Under Lie". With its tsunami sub bass, sensual female vox and hopscotch beats, "Under Lie" is future garage at its most sophisticated. It's all the more impressive as just the band's third track on Soundcloud. Simon Lam and Chloe Kaul of the duo release their debut EP Cusp on 14 November.

September Girls made a bombastic return this week following their promising debut album released in January. "Black Oil" sounds like some September Girls - The Wytches lovechild, charging forth as it does with doomy pentatonic guitar riffs, half sung/spoken vocals and fat walls of noise. The Dublin five-piece drop new EP Veneer on 24 November.

The award of the most spun record of the week so far goes to Cambridge University lot Organised Scum and their wonderfully-titled shuffle-pop track, "Who's The Prick?" Shrugging its shoulders on a simple loop of fluttery guitars and brush-like strokes, the track explores sibling rivalry with deadpan lyrical delivery and earthy acoustic punch. We won't be turning it off just yet.

Last month saw Brooklyn-based soloist Tei Shi drop one of the best pop songs of the year with "Bassically". Follow-up track "See Me" is markedly different from its beasty predecessor, but for no bad reason. This time we hear Shi play the slow-burner card to beautiful effect, with celestial vocals guiding aquatic guitars and stuttered rim-taps to a crescendo that barely peaks. That's all part of the charm though. Shi has rightly reaped the rewards of overdue attention of late; you can't give away too much too fast.