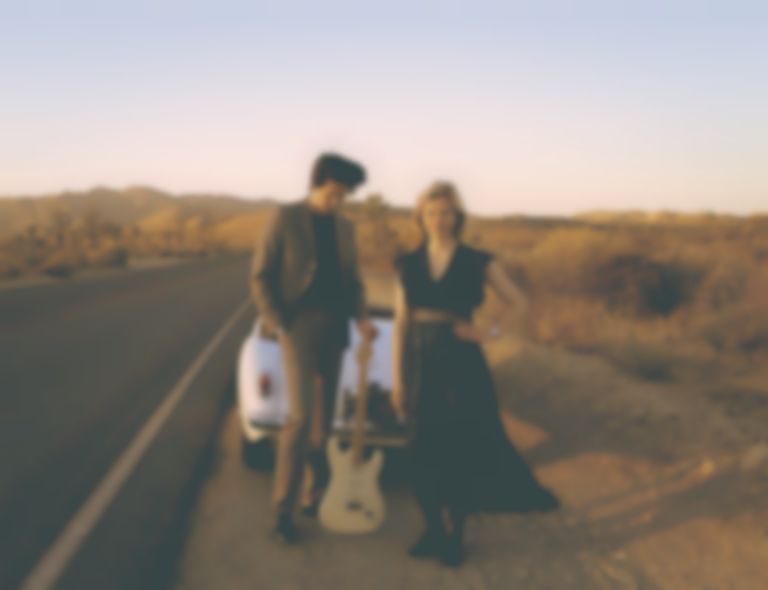 "The Last Exit" is the title-track from Still Corners' newly-announced album, and sees the duo reflect on what lays beyond the horizon.

Still Corners’ new outing concludes the bands’ Road Trilogy, which began with 2013’s "The Trip", followed by 2018’s "The Message".

Vocalist Tessa Murray sings elegantly of driving through the desert with no destination in mind as the bed of country guitars create a rhythmic flow like a lone horse galloping towards the sunset.

Although their new single begins as a brooding track with no particular destination in mind, the harmonica and uplifting change in tone in the second half of the song projects a sense of renewal and purpose as Murray angelically repeats "Home, I’m almost home".

"In a world where everyone thinks all the corners of the map are filled in we like to suggest there's something beyond that, something eternal in the landscape and in our psyche," Murray says of their new single. "Maybe you don't see it every day but it's there and that's what we are trying to connect to."

"The Last Exit" is the first taster of Still Corners’ album of the same name, and sees the duo speeding into the sunset with cloud of country-infused desert dust trailing behind.

Still Corners' "The Last Exit" single is out now. Their The Last Exit album will be released 22 January 2021 via Wrecking Light Records.