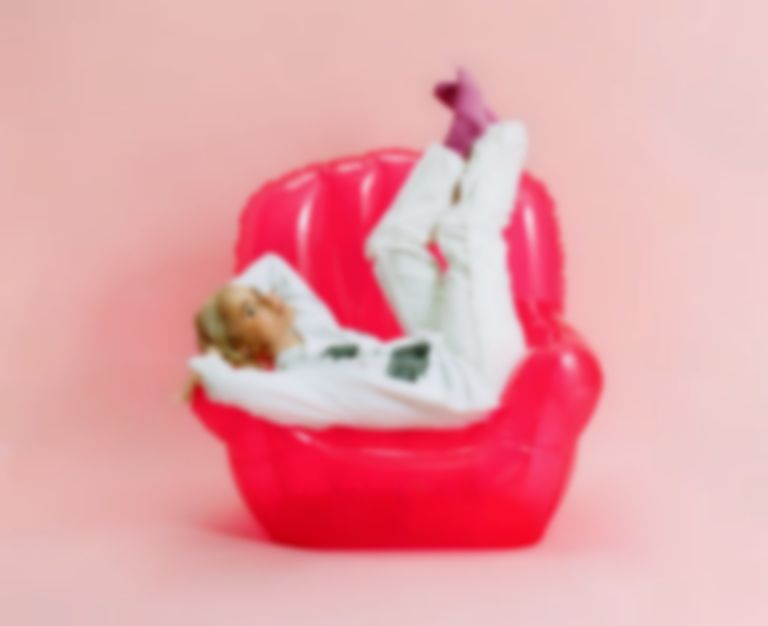 Leicester-born, now London-based SOFY charts her way through the paraphernalia of modern existence, ranging from the realities of dating to the everyday milieu of urban living - topics that emerge with unvarnished honesty and vibrancy on her debut EP Bored in Colour (Pt. 1).

Set to downtempo electronic sequences and low-key vocals, lead single “Sorry That You’re Mine” finds its own specific theme amongst the EP’s five tracks, focusing on the intractable nature of toxic relationships and the various assurances made to maintain them at the expense of escape. SOFY doesn’t shy away from the problematic excesses of masculinity or general social faux pas elsewhere in her work - the culmination of a personal creative outlet during the early days of lockdown.

“This is the first song I ever wrote,” SOFY explains. “I made the first version of STYM back in April 2020, over a random YouTube beat, when I first started exploring songwriting whilst on furlough. It’s based around the lies you tell yourself to justify staying in a toxic relationship because you can’t face the alternative, even though the relationship sucks.”

The song’s development would take on a fluid dynamic, mirrored in its introspective, less definable tone. “It took a bit of trial and error to get the right vibe, as the message is maybe a little less direct than some of the other tracks on the EP. It definitely has a bit more of a ruminative feel, which was captured perfectly by Bad Sounds on the production.”

SOFY traces the way in which the song has evolved from humble DIY origins to its polished end result. “The production has come on a loooong way since then, it was amazing working with Bad Sounds on that, but the lyrics and vocal topline are still the exact same as they were when I first wrote them over a random YouTube beat in the middle of lockdown. We even kept the original vocal takes that I’d recorded in my room on my free trial version of Logic Pro that I had at the time.”

The unique circumstances of the pandemic would ultimately act as a catalyst in SOFY’s songwriting journey, an impetus to reflect and embrace new challenges that frames Bored In Colour (Pt. 1)’s structure, to some extent. “It felt like the right track to close the EP with because that’s where it all began, so it’s a nice full circle moment for me,” she says. “If it wasn’t for the pandemic I definitely wouldn’t be where I am now - for me it really threw everything into perspective and inspired me to have a proper think about what I actually wanted to do with my life rather than just going through the motions. And now I know that my thing is music and writing songs, I’m never going to let it go - rate me, hate me or tolerate me, I’m here for the long run so get ready!”

“Sorry That You’re Mine” and Bored In Colour (Pt. 1) are out now. Find SOFY on Instagram.