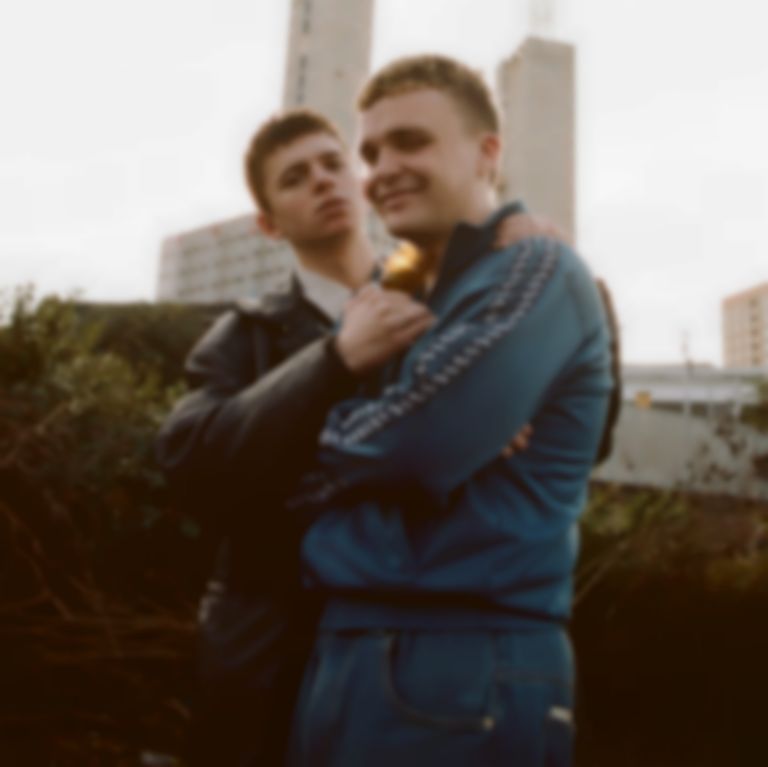 Previewing their upcoming self-titled mixtape, Sad Night Dynamite are in typically eclectic and experimental form on their new track. Following in the sizeable footsteps of “Icy Violence” and “Killshot”, “Smoke Hole” sees the twosome dig into the deepest and darkest recesses of the mind. The further you go, the stranger it gets.

With verses that capture the sinister essence of early Eminem and a constant flitting between voices, the rhymes are as strange as the subject. The only pauses for breath come in the form of Lou Reed-style spoken word poetry. “I was out late last night walking, when a bag washed up in front of me / he was asking for forgiveness” wouldn’t sound out of place on a Velvet Underground album. It’s more reminiscent of John Cale’s ramblings on “The Gift” than a standard hip-hop verse. This must be the result of a melting pot duo, equally at ease with bouncing G-funk and crazed psychedelia.

The accompanying stop-motion video amplifies the sinister surrealism to almost uncomfortable levels, as expert animation by Edie Lawrence brings creepy clay characters to life. There are hooded figures, hypnotised eyes and monkeys with miniature cymbals: insanity everywhere. The action culminates with Sad Night Dynamite playing a headline festival slot that looks more like a deranged cult meeting. This is Tim Burton on acid and, potentially, ill-advised if you’re in a Smoke Hole of your own.

The sheer experimentalism of “Smoke Hole” is a joy to behold. Aside from Slowthai and Death Grips, no one else seems to be having this much fun with the genre. Explaining the oddity, SND said: “We wanted it to feel as though you’re sort of sinking through your own brain - the further into the song you get, the deeper into your own head you fall, that’s kind of why the song gets weirder and weirder. We wrote it whilst both hypnotised by a zoltar, so beyond that it doesn’t make a lot of sense”.

"Smoke Hole" is out now via Parlophone Records, and their self-titled debut mixtape will release on 26 February. Find Sad Night Dynamite on Instagram.