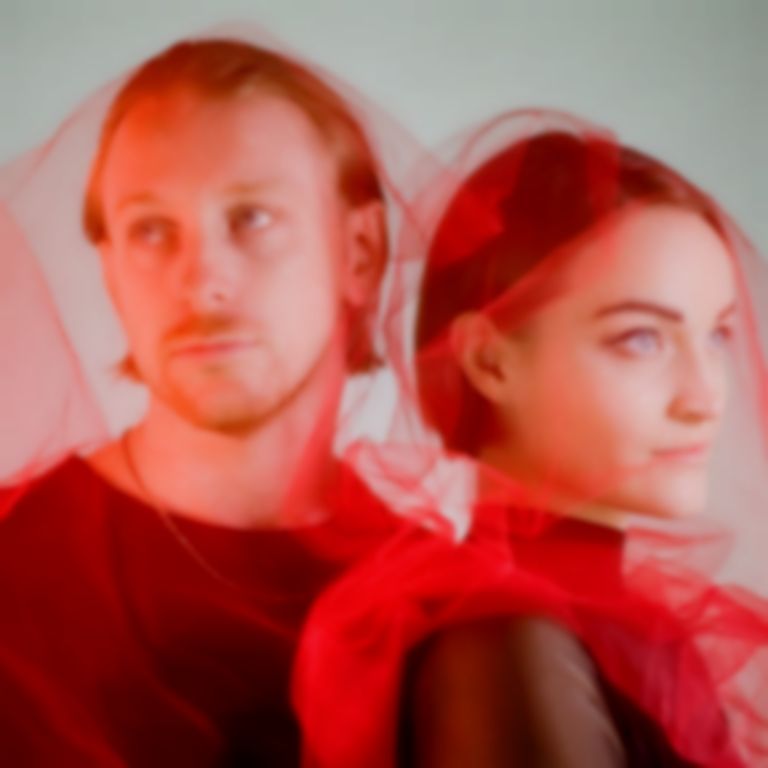 Lindsey O’Connell and Joab Eastley are RAAVE TAPES and today, with the help of friend and producer Fletcher Matthews, they return with “Red Flag”, their most arresting work to date.

The duo hail from Newcastle, NSW and have spent the past couple of years working hard crafting their punk-influenced dance-rock sound – epitomised in-full by their debut project dancing because I’m sad. The six-track-release sees the band channel their frustrations into blistering screams (“SUDS”), ferocious roars (“2 U xoxo”) and even lilting pseudo-ballads (“Corridor”), but this new single is different.

They say “Red Flag” marks “less of a change in direction, more of a realisation of a sound we’ve always been driving at.” That sound appears to take inspiration from some of pop’s greatest current innovators – think Charli XCX and 100 gecs. “Red Flag” is bombastic, alive and drags RAAVE TAPES kicking and screaming into 2020.

Adding sparkle and shimmer the track erupts with the pair’s signature dark undertones, glitchy vocal samples and a haunting vocal hook from O’Connell. This is just “the first taste”, so expect more new music to be on its way soon.