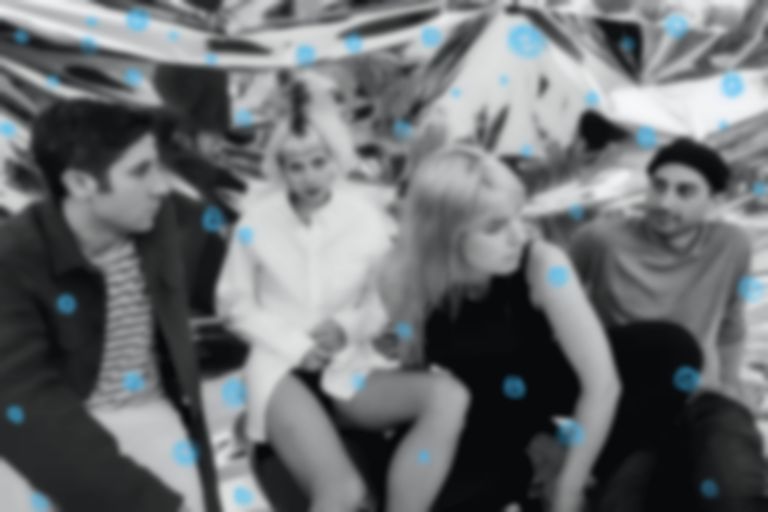 Rising New York post-punks Public Practice up the pace on their new track “Slow Down".

As we bear witness to an ever-increasing amount of distractions, from social media notifications to of out-of-hours work emails, there’s no doubt that our lives are becoming increasingly frantic affairs. Finding its sonic parallel in New York’s post-punk scene, bands such as Omni and Parquet Courts have successfully employed urgent guitars and drum beats to reflect their own paranoias. Here's a fresh name you can add to that list: Public Practice.

Comprised of members from previous New York acts WALL and Beverly, Public Practice stick to the established punk template in rallying against the overarching consumerism of their home city, and by extension, the world. Vocalist Sam York is in typically confrontational form, highlighting the ludicrousness of blind materialism. The bass/guitar/drums trio of Drew Citron, Vince McClelland and Scott Rosenthal meanwhile are tight as hell, creating jagged grooves that mirror York’s barbed commentary.

There's one other typical New York post-punk trope that Public Practice are keen to adhere to, and that’s to make sure “Slow Down” has some serious danceability. Just like the stalwarts, Public Practice are concerned with the relentless nature of the world, but they aren’t totally defined by it. Just as they’re aware of the need to slow down, they’re happy to do it while at least trying to have a good time.

"The rapid fire guitars set the tone for a testimony to the mayhem of living in New York City”, says the band on the song. “In this city (and in modern society at large) we feel the constant want/need to have more more more and this song reflects coming to terms with, and battling, that notion".