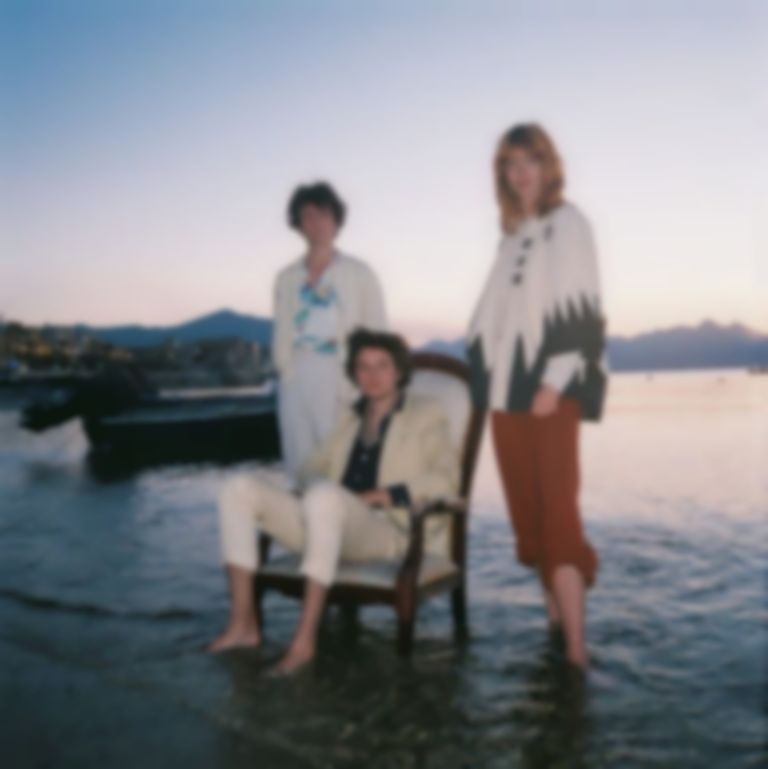 Initially formed by two longtime friends - painter Lewis Lazar and mathematician Christopher Willatt - Parisian outfit Oracle Sisters are not ones for conventionality. Completed by drummer Julia Johanssen, their moody soundscapes evoke an exotic, dream-like state rife with tension and sexual danger, landing somewhere between the sombre rock of The Lemon Twigs and the warm nostalgia of Foxygen.

Their sensual new video for their latest single "Spotlight" is set amongst the seedy nighttime syndicate of the city, consisting of pulpy vignettes, bathed in neon light and brushed with authentic film grain. Viewers are introduced to lonesome cowboys of the night and the women who fascinate them, swept away into dark corners by Parisian drag queens, and plunked back into the backrooms of uber cool discotheques to be serenaded by the band members.

"The video touches on the expression of rebirth through the dark smoke of feminine attraction,” share Oracle Sisters of their new visuals. "We wanted to create this Boogie Nights/ Pulp Fiction underworld with friends and characters we’ve become close to in Paris. It was all shot on 16mm film cameras with Terence Connors as we love the grain of film - that cinematic touch you just can't get with digital.”