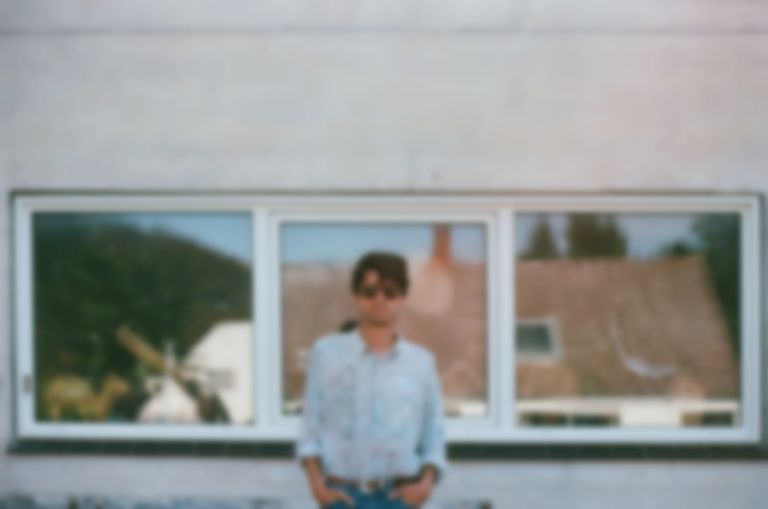 When the Belgian-born now Samsø, Denmark-based singer-songwriter and producer Nicolas Michaux released his latest single “Harvesters” back in April, it marked his first release in four years. Luckily, for fans of ambient and ageless folk-pop, we only had to wait a few months for this charming follow-up.

The track is rooted in the traditional French chanson style and holds a warmth that makes it the perfect anthem for a summer day. The lyrics reflect a story of human relationships and the joy and grief that can follow from existential feelings of love and loss: “Two pure diamonds under the same straw hat / In the darkest night / I long for the day of our reunion,” Michaux sings in his native language of French.

"It’s a bit mysterious, the song, but also well balanced,” he says. “I hardly feel I wrote it. It was always there. Discovered rather than composed. It lends itself to several interpretations and that’s what I like about it. It has more than one voice.”

"The reunion in question might be the reunion of two lovers who had to part for whatever reason but the song could also be envisioned as a joyous song about mourning and about the secret hope we can have to reunite with our loved ones in an ideal afterlife,” he explains. “The old theme of 'will the circle be unbroken' and so many other spiritual hymns.

Of the lyrics “And you, what do you see on the other side of the walls? / In the dark night I long for our reunion”, Michaux explains that “with a bit of distance, It could also be seen as the expression of a desire to see mankind and mother earth reunited, men and women reunited, humans and animals etc… A plea for healing."

Contrasting his previous track's portrayal of the idyllic natural beauty of Samsø island, the video for “Nos Retrouvailles” follows two lovers meeting in an industrial park in Brussels. However, Michaux’ natural imagery is still represented in the new video directed by Simon Vanrie, whose vision was to capture the moment when love and nature meet with the stories of previous generations.

"Nos Retrouvailles" is out now via Capitane Records and his album Amour Colere will release out 25 September. Find Nicolas Michaux on Instagram.