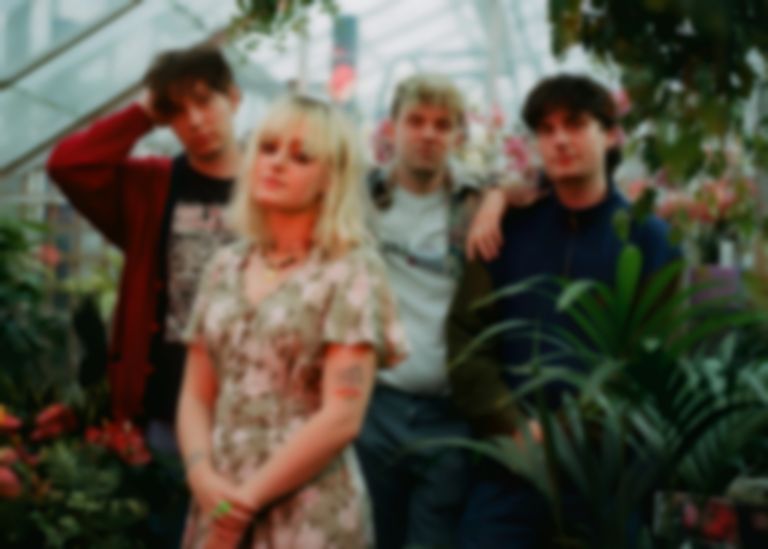 Fresh from the release of their debut EP Waves earlier this year, Galway-based, alt-rock quartet NewDad return with their stirring new track “Ladybird”.

Growing up in the picturesque coastal city of Galway, NewDad was originally formed as a trio while its members were still attending school - the name chosen following an evening spent messing with random name generators.

Rared in a tight-knit community, the band quickly grew isolated and unsure of where to turn having played their two local venues. 2020 saw the now four-person group release their shoegaze inspired debut single “How”, which was quickly followed by a string of singles each more absorbing and expansive than its predecessor.

It was Waves, however, that NewDad truly captured listeners' attention and reaped their adoration. Dark and brooding, the project was a mesh of influences from bands such as The Cure, Pixies and Slowdive, and saw songwriter Julie Dawson draw references to past relationships, her literary icons, and her love of cinema to create an overall contemplative quality across its six-tracks.

Dawson’s ability to draw on some of her favourite cinematic motifs continues in their latest work, the moving “Ladybird”. Opening with an echoed guitar melody, the track builds with every passing moment, Dawson’s haunting, breathy vocals proving irresistible, as she breaks down her own moments of vulnerability and self-doubt.

Simplistic in its measure, the track is the latest in NewDad’s discography and showcases their ability to draw in listeners with a promise of intimacy, whilst continuing to evolve the band’s own sense of atmospheric splendour.

“I wrote the song after watching the film Ladybird,” Dawson explains, in reference to Greta Gerwig’s acclaimed 2017 drama, “the chord progression reminded me of the Dave Matthew’s song that’s played throughout the film so I initially named it after that, so ‘Ladybird’ was just a working title.”

“I then wrote the lyrics about the difficult part of relationships and the struggle we sometimes face when we’re away from someone and the fears and anxieties we have about what they’re doing or if they’re okay,” she recalls, “and I realised this coincided with the relationship between the mother and daughter in the film so the title ended up being pretty fitting. It’s about the give and take in any relationship really and about the struggles of being away from someone you care about”.

The song is the band’s first single from their upcoming project Banshee which is scheduled for release early next year.

“Ladybird” is out now via Fair Youth Records. Find NewDad on Instagram and catch them live at The Lexington on 17 and 22 November.