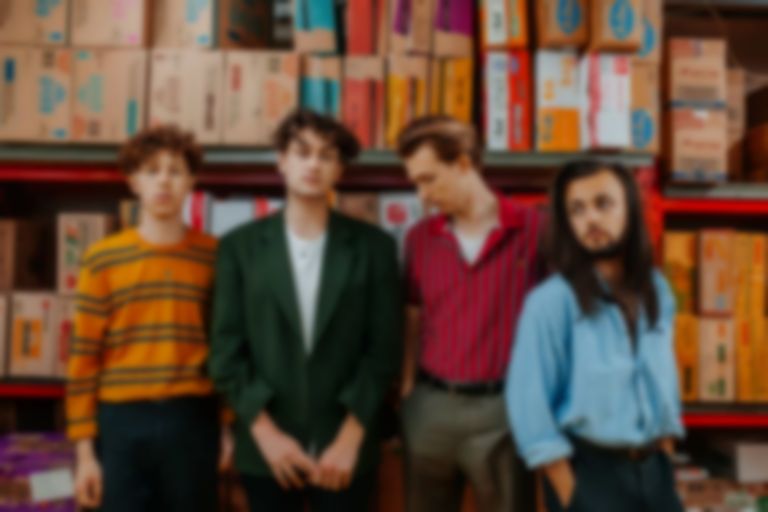 Fast-rising four piece Marsicans have released a bombastic new single “Little Things”, and it’s an impassioned, twangy number that tremors and shakes through the verses before stabling percussion brings all elements together for a momentous singalong chorus.

The band manage to capture the raucous atmosphere of their live show and it’s easy to envisage packed venues and festival tents barking back the choral hook of “it’s these little things”. The guitars have been dialled up, adding a larger crunch than found on earlier material yet Marsicans maintain the airy, free-spirited style of Methyl Ethyl and Vampire Weekend.

Speaking of the song, the band explains: “‘Little Things’ is a song about the little things in life that keep you going. It began in rehearsal when James played us a frenetic guitar riff, accompanied by a lyric about being ‘lost in the bread aisle’. We didn’t worry too much about structure, letting the energy in the room dictate where we should take the song next. We ended up with lots of twists and turns - and quite a lot of grit in places.

“The lyrics were finished over a cup of tea at [drummer] Cale’s, after an enjoyable writing process which featured lists of things that made us all happy. There were some gems that never made the cut, like a line about dropping your toast and it landing butter-side up. As always, our producer Mickey Dale helped us get the best out of the tune in the studio, on a healthy diet of poppadoms, and our friend Fern [Grammy-winning producer/mixer Fernando Lodeiro] delivered a mix that had us all totally buzzing.”

After amassing millions of streams across their songs so far, it’s promising to see Marsicans challenge themselves on each release. “Little Things” is a bold and boisterous song that’s instantly relatable yet still notably characterful and recognisable as the Leeds lads’ distinct sound.

“Little Things” is out now through LAB Recordings.