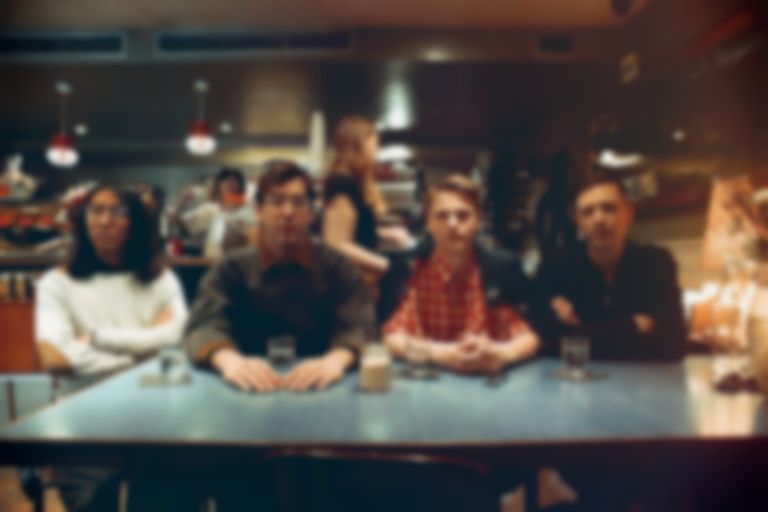 Recorded on day one, mixed on day two, and presented to you now: the eleventh single in Speedy Wunderground's series comes from Teleman, and is premiering exclusively on Best Fit.

Driving synth rhythms and staccato melodies are the perfect counterpart to Thomas Sanders' smoothly soaring vocals. Electrically charged refrains act as the track's lifeblood. Dynamic percussion compels through twinkling top-melodies and a searing saw-synth solo. "And it's strange the way it ends" Sanders' vocals cry out, oohing and ahhing into the midst of an unmistakeable swarmatron interlude - a feature that characterises all Speedy Wunderground releases.

The B-side is another Speedy Wunderground trademark: a dub mix from producer and label founder Dan Carey. Darkened with a layer of intensity, swells of reverb and drawn out echoes prove hauntingly infectious, leaving the track resounding through your system long after it abruptly halts to a close.

Teleman said of the collaboration:

“We'd been keen to work with Dan for a little while as we're all fans of his work. The song is one we've had kicking round in our live set and been wanting to record for a little while so when the opportunity came up to do a Speedy Wunderground 7" it seemed like the obvious choice. We did everything in one day, which was really refreshing, and even though we worked really quickly, nothing felt rushed, which is testament to how well the studio and Dan's approach worked for us."

Speedy Wunderground have made their name with their distinctively fast record and release process. "Strange Combinations" is the 11th single in the label's series: each one they release is recorded and mixed over a strict two-day period, based upon "a live take recorded in the dark with smoke and lazers," and features a Swarmatron somewhere in its midst.

"Strange Combinations" will see release via Speedy Wunderground on 6 April, and is available to preorder now.

Listen to both tracks below.