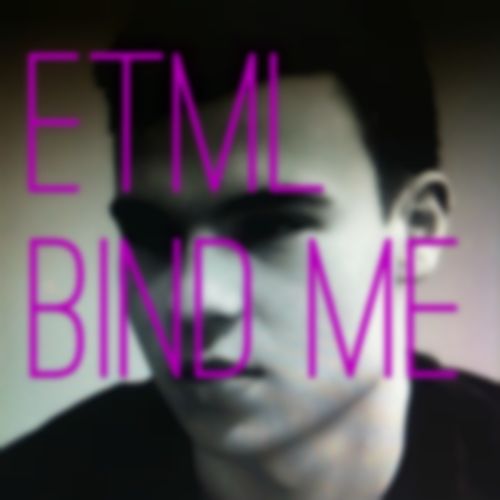 London imprint 37 Adventures continues to churn out some of the choicest pop tunes of 2013. The latest addition to their stellar roster – which already includes Pale, Stay Bless and current Best Fit obsession Astral Pattern – is fresh-faced London vocalist ETML, whose debut cut ‘Bind Me’ is a surefire summertime smash.

Taking cues from the current crop of house-to-pop crossover acts, 18-year-old West Londoner, Elliot Marshall – and producer Tanelli – has whipped up a heady, clubby stew replete with his yearning vocal, squelching synths, heartbeat drum pads and click-clacking hand percussion. Slotting in seamlessly alongside his prodigious contemporaries – Disclosure, Bondax and the like – the A-level student will have you slapping on some naff shades and hitting the dancefloor before you can say, ‘White Noise’.

The sole downside being the lamentation of your wasted teens spent grimacing in club toilet mirrors and vomiting over girls hand-bags after too many £1 Carlsberg’s and half a deck of ‘imported’ Benson & Hedges. Let ETML live those faded dreams of dance music super-stardom on your behalf.