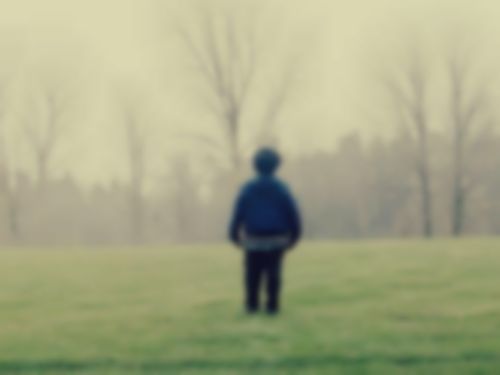 Wilson’s music has been described as minimalist, and that modifier certainly applies to the opening of the track as a simple keyboard riff and a beautiful solo vocal provide the introduction. Vocal harmonies float in and out soon after, but it’s a well-employed whistle that signals the song’s turning point.

A new layer of complexity is added in each subsequent bar and the whistle is joined by multiple synth parts, some rumbling at the bottom, some swelling towards the top. As Wilsons’ heavily modulated voice sings “it wasn’t me, I wouldn’t lie to you,” the core of the song seems to buckle beneath it all, collapsing under the weight and finally breaking apart with a shimmer.

Wilson’s debut EP Young Rubbish is due to be released via Zap Records on 31 March.