As Danish art-pop act Kill J, Julie Aagaard is no stranger to experimentation. Letting her striking vocal capabilities shine on new single "Moon Sick", she proves her ability to command an audience without all the bells and whistles of previous high pop releases.

"Moon Sick" is hypnotic in its sparsity, employing just a dusting of minimal industrial sounds and trinkling synths in its framing of Aagaard awe-inspiring voice. With jaw-dropping control, she negotiates her whistle register on the wordless vocalisation that stands in for a chorus. This utterly spine-tingling performance eschews oft-repeated ideas of radio-friendly hitmaking, but is all the more beguiling and rewarding for it.

"I was inspired by the multiverse theory within quantum mechanics," Aargaard reveals of the track. "There as many universes as there are choices, for every choice we make, there is a corresponding world. Somewhere there is a universe where I'm not an idiot and I am in a perfect relationship." She goes on to describe the track as: "deliciously dramatic electronic pop that falls somewhere between a self-destructive swan song and a self-esteem boosting cheer."

"Moon Sick" is the fifth single to be taken from Kill J's forthcoming debut album Superposition, due out 14 June. The record promises to continue Aargaard's focus on themes of particle physics and scientific discoveries, in part inspired by the artist's recent trip to CERN and her deeply held belief that "in the end, only science will save us."

The world needs more pop songs about particle physics – we can't think of many examples aside from Florence and the Machine deep cut "Strangeness And Charm". More power to Kill J for delivering a full-length on the subject!

"Moon Sick" is out now via No3 Music. 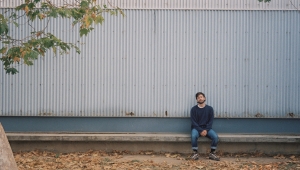