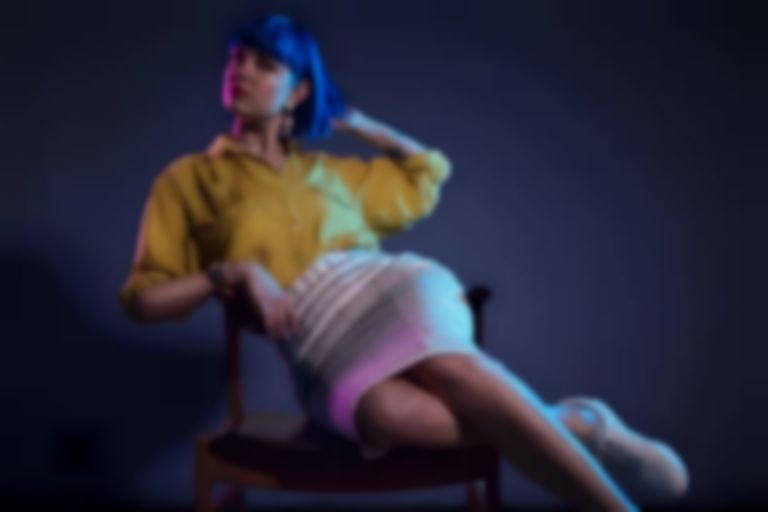 Ji Nilsson has shared a new single called "Special Kind" ahead of her debut EP Blue Is The Saddest Colour next month.

"Special Kind" follows the glory of "Perfume", "Encore", and "Heartbreakfree", three stunning glimpse into the Stockholm-based star's glimmering electronic world. This new track is jerkier, sparser, and more anxious, relying on vocal samples to construct the kind of decadent pop we've come to know. Tropical percussion seeps through her juddery hums and twangy harps, with shadow-cloaked pads clinging to her voice... this might be the darkest side of Nilsson, but it still sounds utterly gorgeous.

Speaking about the track, Nilsson says:

"To me 'Special Kind' is about feeling like the toughest person in world and at the same time the most fragile. About how you want to be perceived by others and how good it can feel to sometimes play a part and to be able to reflect some of that glorified image of yourself. It can sound a bit cocky but in the end it is still a song about the need to feel loved. The production of the track is darker than my previously released songs. I'm still very inspired by the ocean but this time by the deeper, darker waters."

"Special Kind" is released 21 October ahead of Nilsson's debut EP Blue Is The Saddest Colour on 13 November. Both will be released by our sister label Best Fit Recordings.