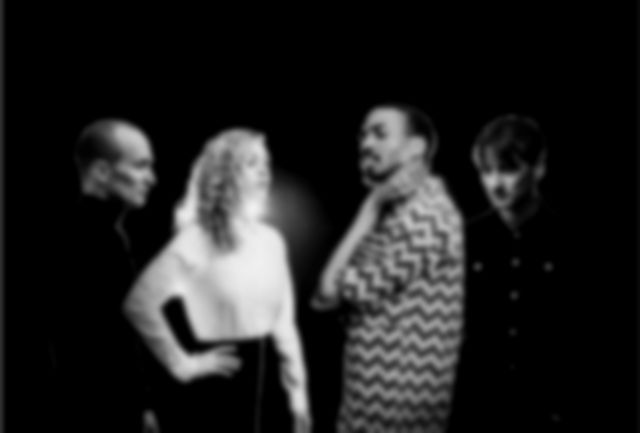 The last we heard of Hugh was the sexy and sophisticated "One Of These Days". It's been a year since the London/Brighton quartet's last release, but the staggering beauty of new single "Learn To Fall" means it's been well worth the wait.

Hugh are a bit of a mystery save for their backstory of first meeting in a bar while trying to Shazam a song. Those founding members, Josh Idehen and Izzy Brooks, have since expanded to a four-piece, crafting enviably smart electronic R&B characterised by their boy/girl vocal interplay.

Things play out a little differently on "Learn To Fall", where we hear Brooks lament the disintegration of a relationship over a simple but stoic piano melody. "I'm told it's gone quiet / though I've been kept on hold for quite some time / but If I could learn to fall / in time I'll be strong and disconnect the call", she sings, joined by her male counterpart and echoey gravitas. The skittering beats, twinkly synths and huge choral singing transform it from something quiet and solitary to something huge in a shared state of emotional grief.