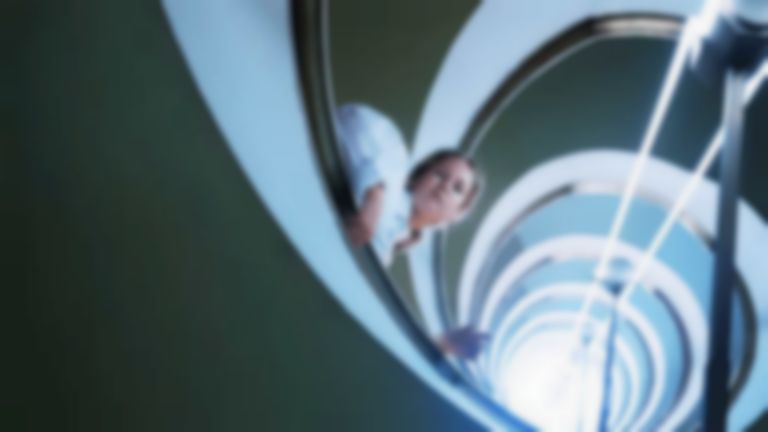 By the standard of her usual work, things are toned down and stripped back on Norwegian, Copenhagen-based musician Ingri Høyland, aka Hôy la's new track “Kids”.

Hôy la usually has a sense of power and force lurking in her music: a feeling of storms underneath the surface. If you’ve seen her live show, you realise that’s where the storm breaks cover in a crashing, sonically violent spectacle.

Over a thin instrumental skeleton, consisting mainly of a languid bassline with a couple of production flourishes thrown in for texture, Høyland’s voice steps into focus, a low murmur, a fragile, tense lullaby. Music For People In Trouble may be Susanne Sundfør’s turn of phrase, but “Kids” is a convincing entry into that family of songs about people lost.

“I wrote this song to the parents of one of my good friends,” says Høyland, “as I witnessed over and over again how they failed to notice how their son was struggling. Mental disorders effect people so variously, but very often you can’t notice it on someone’s appearance or looks, that’s why it is so fucking important to ask how people are actually doing. We wanted to keep the production and mix as minimalistic as possible, to maintain the honesty and vulnerability of the lyrics and vocals which I had recorded on my phone”.

“Kids” is out today. Find Hôy la on Facebook.