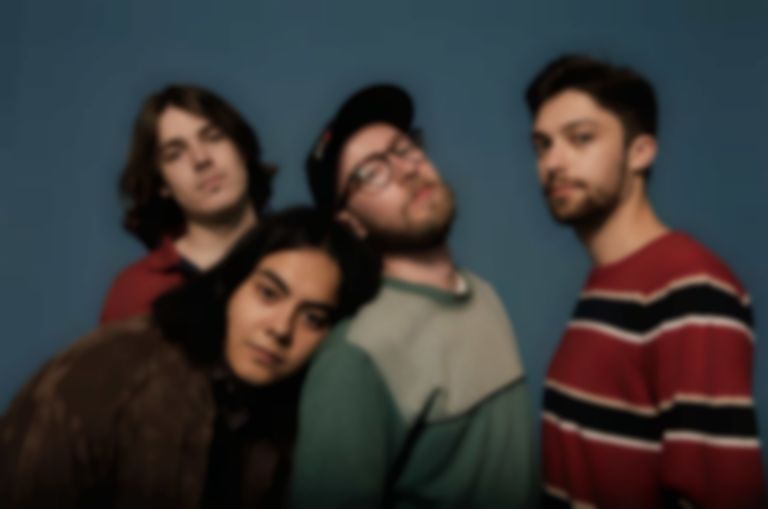 Marrying the gazey textures of Slowdive and Lush, Honey Lung's new single “Complete” veers between brooding and blissed-out passages, all while accommodating the band’s strong bent for tangential low-end.

Drawing influence from indie rock luminaries including Car Seat Headrest, Sparklehorse, and Elliott Smith, London’s Honey Lung are a band whose DIY approach to reconfiguring the genre for the modern age betrays a real attention to detail.

Reflecting on the ambivalence of “Complete”, the band say: “It is in essence a love song. Lyrically and musically, it shifts through varying intensities and tone to bring to life the confusing feelings of a failing relationship.”

In February, the Jamie Batten-fronted quartet will release Memory, a new eight-track 12" of early recordings, singles to date and unheard demos. Speaking of the release, the band said, “We use this vinyl to symbolically make a stamp in the history of Honey Lung and as a milestone of how far we have come as people and as a band.”

“Complete” is out now and Memory is out via Kanine Records on 1 February. Ahead of playing SXSW in March, Honey Lung play Rough Trade East on 9 February. Find Honey Lung on Facebook.