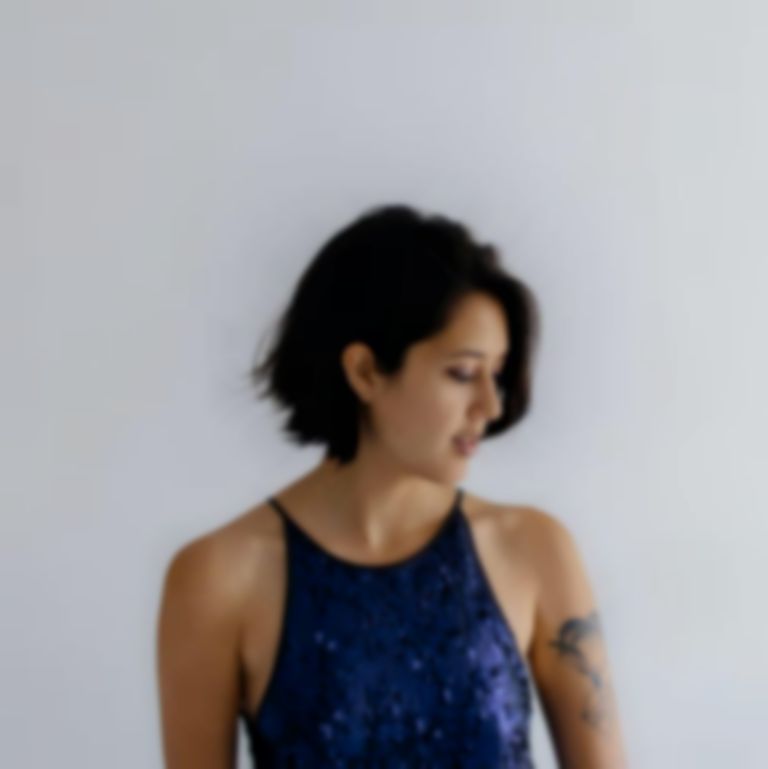 The battle lines between land development and cultural enclaves in Brooklyn, NY continue to be re-drawn ever in the former's favor. A DIY venue closes in Williamsburg, another opens in Bushwick, and so on and so forth with spots like Shea Stadium, Silent Barn and Aviv at the forefront of relevant and exciting bookings.

If you happen to frequent any of those three spots, chances are you've caught a set by Half Waif, one of the more inventive indie acts rising up out of the scene. Fronted by Nandi Rose Plunkett, who also plays live with Pinegrove, Half Waif are readying the release of their second full length, Probable Depths.

In crafting the follow up to the debut LP, KOTEKAN, Plunkett took a step back from the dynamics of the busy city to chase a more natural sound.

The songwriter's heritage, born to an Indian mother and Irish/Swiss/American father, has always blended in brilliant ways in Half Waif's arrangements but it was a Winter return to her childhood home in Massachusetts with producer Zubin Hensler that served to inspire the unique rhythms on Probable Depths. The vibrant percussion was largely sampled from pieces of furniture and worn-in surfaces of the frosty New England house.

The second single off Probable Depths, "Turn Me Around," uses those unorthodox snaps and claps as a baseline towards setting up a deceptively huge sound.

On the track, Plunkett works the varied reaches of her register as she searches for new air to breathe in an attempt to shake off old, staid routines and patterns. It's about the "wonder and fear of an independent soul falling in love", the band says.

The keys and other ethereal elements on "Turn Me Around" evoke an image of Plunkett and Hensler walking through fresh snow with a re-birth in the still silence, allowing for further clarity in their work here.

Half Waif's Probable Depths is out in May via self release.