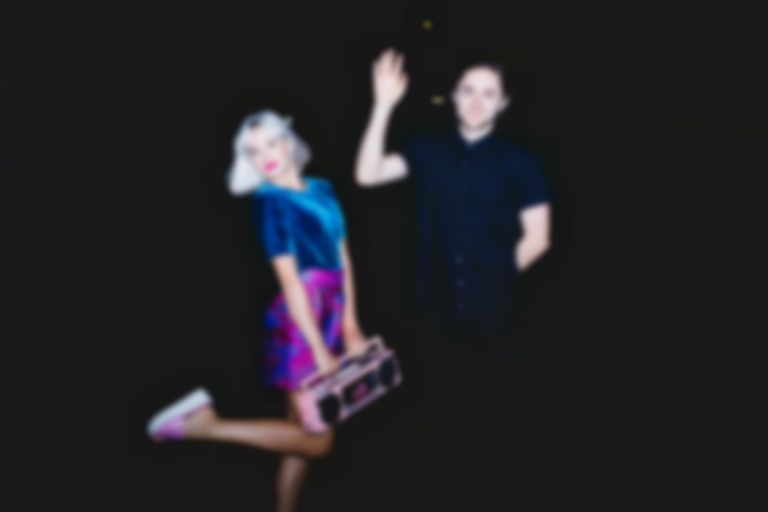 Forget the tsunami of “Best of 2015” lists flooding your browser (well, maybe not all of them). The award for “Most Consistently Excellent” goes to GRRL PAL in a runaway. There wasn’t just one song that exemplified the rise of the Perth, Australia duo this year. There was no single, succinct distillation of their distinct brand of Grimes-meets-Sleigh Bells-vis-à-vis-house electro-pop: there were eleven.

Make that twelve. With their latest offering - and last of 2015 - “Caught The Light”, Jay LeKat and Danny K. have made good on their promise to release a new song each month in 2015. More importantly, they’ve delivered another injection of playful rhymes, shape-shifting vocals, and beats as daydreamy as they are danceable to those of us who have come to rely on our monthly dose. At this point, there’s no reason to believe GRRL PAL couldn’t keep churning out quality bangers into 2016 *extremely Buzz Lightyear voice* AND BEYOND!

"Its a song we worked on with Parker Ighile," says K., "originally it had a bit more of a dance/funk vibe but Parker said it would be way better if we cooled it down a bit and thats why it builds into a nice lush chorus! Its definitely one we have been working on for about two years now, so it feels great to get it out to the world!!!"