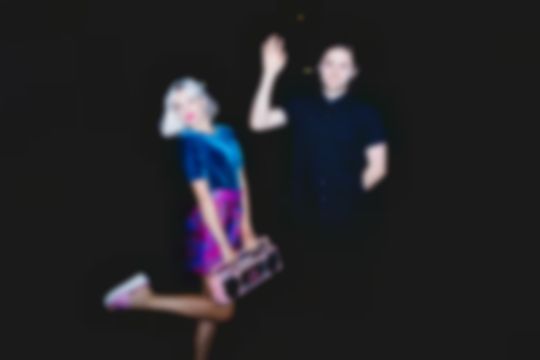 Though it retains the hook-heavy immediacy of previous favorites "NGHT" and "Dare", "Radar" finds the duo pushing at the edges of their distinct synth-pop sound, displaying a flair for eclectic experimentalism that has always danced at the delicate edges without being embraced in the bear hug that it is here. The pulsing synths that form the song's core move in repeated waves, like the sonic equivalent of a caterpillar on speed crawling along a leaf. Jay Le Kat's layered falsetto vocals use the beat like stepping stones, forming a cacophony of outsider pop reminiscent of Grimes's "Oblivion".

In other words, "Radar" is just the latest in a series of reminders that some of the best pop music of 2015 is coming artist-direct from Perth, Australia; that's not likely to stop soon, as the duo plan to release a new song every month in 2015. Make sure GRRL PAL dance their way across your Doppler.

The Paradise EP launch is tonight at The Bird in Perth. It will also be available digitally shortly after you read this.