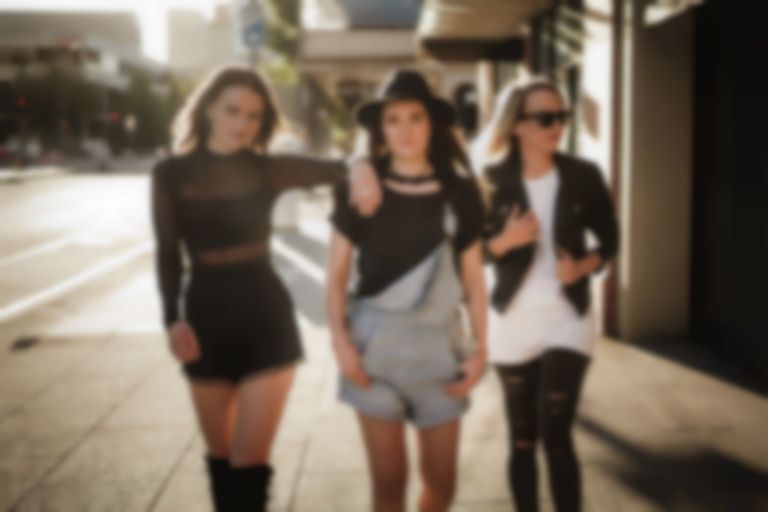 Germein have been steadily making a name for themselves around their home country of Australia for a few years now. With the release of their new single "Talking" and an upcoming slot supporting pop megastars Little Mix, this trio of sisters are set to make a wider impact.

The latest single marks a shift for the band. They have taken its creation into their own hands, from start to finish. "Talking" was created, recorded, and produced in their home studio, and is the band's own vision coming to life – not a song they've been pushed to make by anyone else.

The energy put into this song has paid off – with style, plenty of sass, edgy guitars, and a soaring chorus, "Talking" shows off a range of influences. It’s impossible not to hear fellow sister-band HAIM in this track, alongside a hint of Fleetwood Mac. It also has some of the playfulness that tourmates Little Mix exude – but ultimately it is the Germein sisters' song, and nobody else's. With their tight harmonies showing off how perfectly their voices work together, and the build that follows the line "the silence is killing us", Germein prove that they have musical finesse to be reckoned with.

"Talking" is out now.