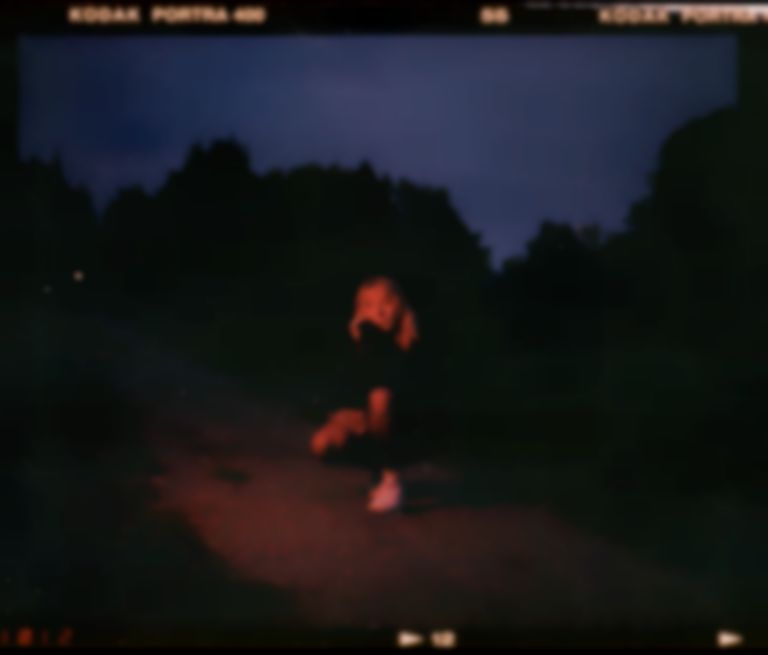 After dazzling listeners with her debut EP Hurt Is Boring earlier this year, Canadian artist fanclubwallet returns with a new single, “That I Won’t Do”.

Though often found in the mainstream, fanclubwallet’s music will take you to another place. The project of Ottawa-based Hannah Judge embraces the songs of the past while carving out a space more refined tone than your typical ‘indie darling’.

In early 2020, Judge’s cover of Talking Heads’ “This Must Be The Place” gained traction and gave her the confidence to release her debut single; though she admits that she was prevented by a shyness for a long time.

“In university, I joined a three-piece band and gained a bit more confidence to start writing songs with actual vocal melodies and lyrics,” Judge tells Best Fit. “After that project ended, I just kept writing more and more until I finally started making stuff that I was excited about enough to put out!”

“I would say the actual fanclubwallet project started in 2019 and the name is just a little joke about my dad’s “Dennis the Menace Fanclubwallet” that I used to carry around with me.”

While tongue-in-cheek on the surface, the real story of fanclubwallet is one of perseverance. Her debut EP, created at the same time as dealing with a Crohn's disease flareup that left judge bedridden for ten months, is a testament to creative resilience by way of enforced isolation.

A bedroom-pop release in the truest of forms, she jokes, “I think the biggest revelation was that it’s okay to lie down and record vocals.”

“With the EP, I don’t think I was thinking too much about the making music/having Crohns pairing, and how that was kind of tough until after I started to get better. It was just sort of like “ok well I’m sick right now but I wanna make music so how can I adapt” and that just so happened to be by setting up everything in my bedroom or my producer’s bedroom.”

Produced by grade-school best friend Michael Watson, Hurt Is Boring is deeply felt and idiosyncratic, though far from downbeat. Opening with the lead single, and now viral TikTok hit, “Car Crash in G Major”, Judge captures melodramatic moments in a blend of indie-folk-meets-pop - a style that she describes as “writing emo shit that doesn’t sound emo.”

With her illness now in remission, “That I Won’t Do” arrives chronologically as the first song that Judge and Watson recorded post-EP. Part crisis-inducing and part euphoric, the track explores the notion of getting to know yourself again. Resulting in a confessional narrative that is rife with sincerity, it’s a portrait of experience.

“I went to bed and didn’t get out for ten months” she sings against a backdrop of synths and guitar riffs, inspired heavily by the sonics of Modest Mouse, Hop Along and Rilo Kiley. “I also really love pop music and lofi music too, so I think all those things sort of mesh together for me!” comments Judge.

Speaking further about the single, she continues “When I wrote “That I Won’t Do” I was recovering from a year-long illness and re-entering into the socialising world (like so many others post-pandemic). The song is about dealing with a new relationship/friendship where you aren’t sure whether the person is good for you or not, and you’re not feeling like yourself. It’s about trying to break bad habits while not wanting to break them at all.”

“I don’t necessarily think it will be everyone’s favourite but it’s one that means a lot to me. After being kind of a shut in for over a year I was really just trying to figure out who I was again and the kind of person I want to be. I think a lot of people might relate to the post-pandemic identity crisis feeling.”

“That I Won’t Do” is out now via AWAL. Find fanclubwallet on Instagram.