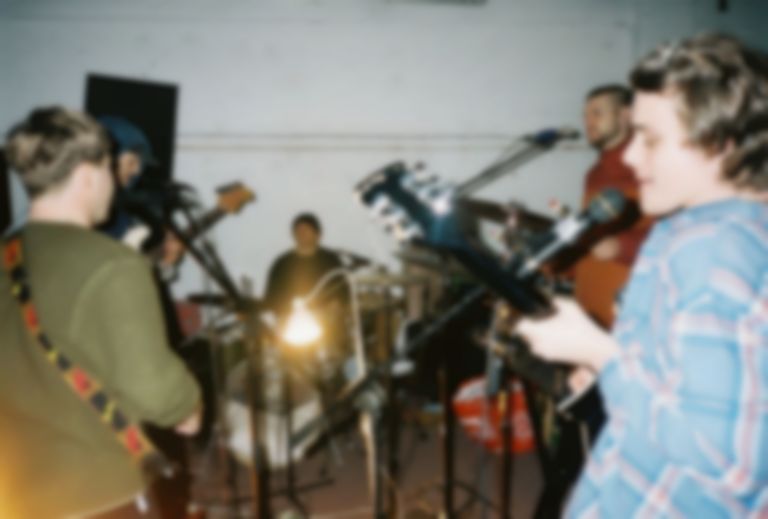 With half their members also playing in Far Caspian, Leeds-based Eades have released vibrant new cut “Same Guy”, drenched in sanguine guitars to get you in a summer mood.

Eades’ self-produced “Same Guy” is a juxtaposition of zesty new wave hooks and an existential crisis, recognising a grounding feeling of mortality against sunny production. The track's celebratory feel comes through as a kind of awakened perspective that takes back control, and accepts its fate.

Frontman Harry Jordan explains: “It’s essentially a coming of age tune, and the realisation that eventually we’re all going to grow old, becoming either our parents, or the oldies we might think are uncool. It’s about accepting we are all just part of the cycle.

“'Same Guy' was a fun track to make for us,” say the band “We took a slightly different approach to the writing process from other tracks we’ve done. Dave [Lancaster, bass] wanted to try and push us in a different direction sonically so he came up with these two Bollywood influenced riffs that became the foundation of the song. I thought it would be cool to play them as if they were samples like you would find in more electronic genres, giving the guitars a looped feel. Then when Jof’s [Cabedo, drums] beat and Dan’s [Clifford-Smith, synths, percussion] bongos were added the track really came to life pretty quickly.

“It’s a simple tune about accepting the darker sides of your personality. This song has quickly become a live favourite as well and the nature of the song has given us a lot to play with performance wise.”

“Same Guy” is out today. Find Eades on Facebook.