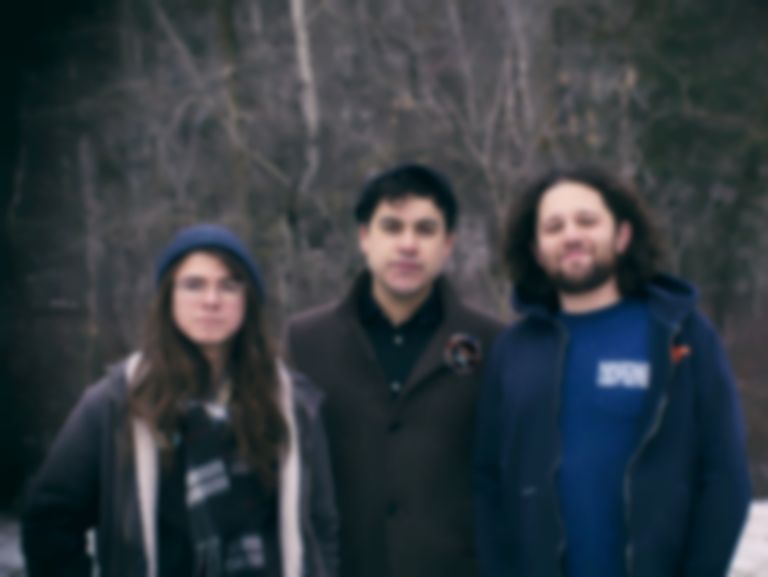 For the eighth time we put out a challenge to some of our favourite Canadian artists to produce a new holiday track and once again they have not disappointed. With no fewer than eleven original tracks recorded specially for us, we’ve also selected some of our favourite new releases to include as well.

This year we have power-pop musings on the state of the world, a song from the point of view of a Central Park horse, a Solstice drone jam and an all-star take on a Canadian classic, amongst other things. Without further ado, we hope you enjoy Ho! Ho! Ho! Canada VIII!

For the eighth time we put out a challenge to some of our favourite Canadian artists to produce a new holiday track and once again they have not disappointed. With no fewer than 11 original tracks recorded specially for us, we’ve also selected some of our favourite new releases to include as well. This year we have power-pop musings on the state of the world, a song from the point of view of a Central Park horse, a Solstice drone jam and an all-star take on a Canadian classic, amongst other things. Without further ado, we hope you enjoy Ho! Ho! Ho! Canada VIII!

We also have a bonus track this year - Parental discretion is advised due to the subject matter. You can download it by right clicking on the link below.

This year’s exclusively recorded tracks come from artists all over Canada. Some put out great records this year while others are preparing to unleash new material in 2017. We are very excited to host the debut recording by nêhiyawak from amiskwacîwâskahikan on treaty 6 territory, who have recently completed recording of their first EP with Colin Stewart (Black Mountain/ Dan Mangan/Yukon Blonde) in Victoria, BC. Husband and wife duo Pre Nup were responsible for one of our favourite releases of the year in the shape of their self titled EP, while fellow Calgarian’s Lab Coast take a winter walk while preparing for a new EP to be released early next year. Also hailing from Calgary, Andrew’s Pale Horses take us on a swirling psych visit to Doctor Christmas. From the prairies we have Youth Trend Report, the electronic project of Mike Dawson of Library Voices, whose burbling electronics and drones evoke the sound of a cold cold Christmas eve spent at an Internet Cafe.

From the East coast Halifax’s Heaven For Real surf the “Wave ofv Christmas”, while Owen Meany’s Batting Stance provide us with our bonus track. As long time fans of Montreal’s Fixture Records, we are delighted to have Phern (featuring members of Moss Lime, Sheer Agony and Each Other) as well as Blatant Blob (Deb Edison of The Submissives). Finally, Toronto gives us another seasonal gem from serial collaborator Charlotte Cornfield. This year she takes on Christmas from the point of view of a Central Park horse, assisted by Matthew Bailey. Another Torontonian collaboration comes in the shape of POM, aka Ho! Ho! Ho! Canada veteran Ben Gunning and Robin Dann (Bernice) who have just signed to Arts and Crafts records. Closing the compilation we have a live drone recorded by Doomsquad at last years Track Could Bend winter improv season. The track was recorded by Joe Strutt (of the incredible scene archiving website Mechanical Forest Sound)

The other tracks from the compilation are taken from already existing releases that were just too good to leave out. Earlier this year we spoke to Joel Gibb of The Hidden Cameras about Home On Native Land, an marking his return to Canada combining new material with some Canadian standards. "The Log Drivers Waltz" is one of these: an ode to the Log Driver’s made famous by Kate and Anna McGarrigle who provided the soundtrack to a classic animation for the National Film Board of Canada. A key piece of Canadiana, the track later garnered attention when covered by Captain Tractor in the late nineties. For their version, Gibb and The Hidden Cameras are joined by an incredible chorus including Rufus Wainwright, Feist and Mary Margaret O’Hara.

The Small Pond Glory Singers track is taken from the soundtrack to Small Pond Glory and features Bruce Peninsula’s Neil Haverty with a classroom full of children learning to combat the cold with hot cocoa, and discovering the spirit of the season. Sportsfan channel the Christmas spirit of Petty and Springsteen, cramming their track with gang vocals, sax solos (courtesy of DIANA/ Destroyer's Joseph Shabason) and sleigh bells. Halifax’s Quiet Parade cover Darlene Love and The Ravonettes on their Christmas Through The Fog EP, but Heavy Winter is an original new track. Fellow Haligonian’s Dark For Dark offer an “Unseasonal” seasonal track from their album All Dressed, while the delicate instrumental “Burning Of The Hickory” is taken from Corey Isenor’s A Painted Portrait (Of The Classic Ruse). Hannah Epperson’s remarkable album Upsweep, released in September is a mesmerising listen, and her White Flag, White Christmas EP is as well, combining the post-apocalyptic “Raise A White Flag” with a re-work of the classic "Dreaming of a White Christmas".

1. Small Pond Glory Singers - "What Else"

All of these songs have been given free for your listening pleasure. We hope you enjoy them and have a fantastic festive season. At this time of year especially there are hundreds of good causes all seeking your help-we hope that, in keeping with the spirit of giving, if you enjoy this compilation you might consider giving a donation to one of them. If you want to combine your donateon with even more seasonal songcraft, our friends at Kingfisher Bluez have once again released a seasonal single to aid the 1-800-Suicide and Crisis Centre in BC in the shape of Laurice’s “Christmas Valentine”, while the good folk at Zunior have put together a compilation in aid of Prince Edward Country Learning Centre.

Once again a huge thanks to everyone who made this years Ho! Ho! Ho! Canada possible, to all of you for listening and downloading and to all those who offered support over the year. A hat tip too to Regina’s Nick Faye for the use of his image of a grain tower in Prince Albert, Saskatchewan and to Chris Dadge for making sure all the levels are as they should be.

Please note that the compilation may include some colourful language.