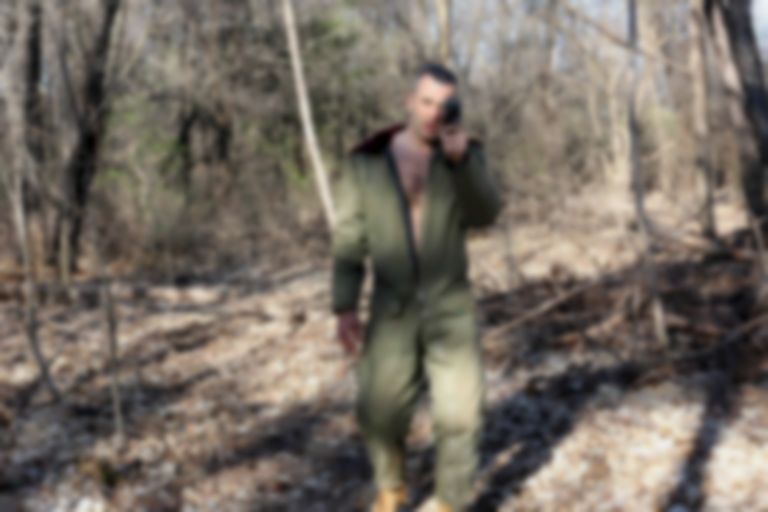 We speak to The Hidden Cameras' Joel Gibb as he details new album Home On Native Land and premieres the video for lead single "The Day I Left Home".

The album has been a long time in the making - some songs are approaching their 10th birthday - and it features collaborators such as  Rufus Wainright, Neil Tennant, Feist, Ron Sexsmith, Bahamas, and Mary Margaret O’Hara.

The Canadian outfit will be releasing Home On Native Land on the eve of Canada's sesquicentennial celebrations - this is no mistake, as Gibb explores his relationship with Canada throughout the record. It's described as an "inquisitive ode" to his homeland, and marks a literal and metaphorical return to the country.

Check out the video for "The Day I Left Home", made by An Hour Before Sleep/Geoffrey Farmer, and find out all about the new record in our Q&A with Gibb after.

Can you tell us about Home On Native Land?

The album is a return to my homeland, after a few years spent living in Berlin. Home On Native Land is an inquisitive ode to Canada; what with the title being a slight grammatical alteration of the first line of the national anthem, I see the album as a return to Canadian soil both philosophically and physically. There's also some great covers of standards in there as well as brand new songs.

How did it all come together? Why did it take so long?

I was recording three other records in the meantime; Awoo (2006), Origin:Orphan (2009) and Age (2014). It didn't take 10 years to write. Almost all the songs were written in my 20s quite quickly with the intended idea of making a record eventually using country instruments and conventions. The production was spread out over many years in my 30s while I worked on other music.

Could you briefly describe your relationship with Canada?

It was the country I was born in and where I grew up. It was something I needed a distance from at some point. I think everyone should explore the world and live in a different country at one point in their life. I appreciate Canada more and more as I get older though.

Do you like the direction Canada is going in currently?

Politically? Trudeau is definitely MUCH better than Harper. Hard to trust the Liberals completely though.

What do you miss when you leave the country?

I miss the people mostly, the music community, the smells of the trees and the streets.

What's the story behind "The Day I Left Home"?

I wrote it a long time ago. I made a demo of the song in Berlin in 2006. I recorded the bass and drums in Toronto. I got my friend Brian LeBarton (who was Beck's keyboard player for many years, I met him through being in Feist's band) to play piano while I was in LA and recorded the back-up singers in LA as well last year. So it's a simple song that was put together in pieces in different cities.

Could you explain how the video came about? What does Farmer add to the music?

I met Geoffrey Farmer in downtown LA a couple of years ago and since then we have stayed in touch. He said he was getting into films more and had a trove of old clips he unearthed in Vancouver. He gives a visual language to the music and and the words that is quite masterful. It's a video that needs repeated viewings. There's a lot of associations you can make with the images and I was most impressed with the final edit and just how beautifully it moves with the music.

What was it like working with the various guests on the record?

It was good. I always like working with new people.

What do they add?

There's a texture of other voices on the record which enhances the songs tremendously. I wanted each song on the record to touch upon different points of folk and country.

The record comes out October 28, 2016 through Outside Music, then we tour throughout Europe in November and December.

Hear the new single again below, and view the LP's tracklist and check out the band's upcoming UK/EU shows after.