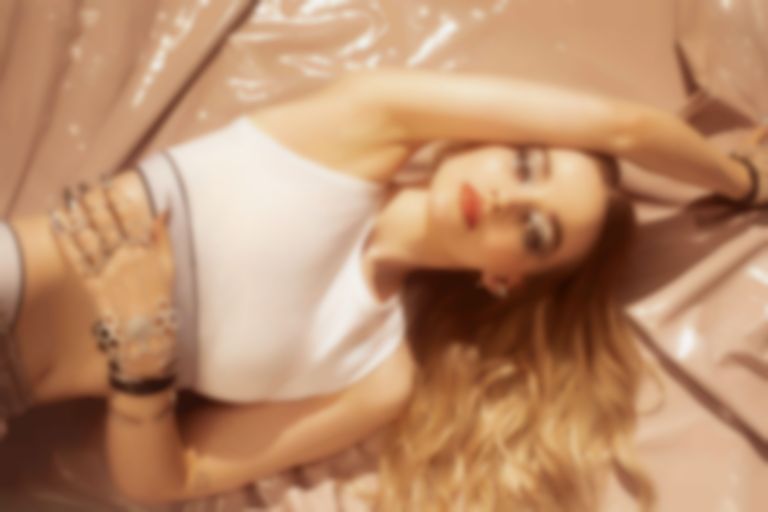 "LazyBaby" see singer/songwriter and actress Dove Cameron make the decision to put herself first, instead of her relationship.

An ode to empowerment and moving on, "LazyBaby" is packed with hints about who its title is referencing. However, for Cameron this song isn't about her break-up with her "lazy" ex, it's about putting trust in herself and her own judgements to finally cut that person out of her life – "a break through song." "It’s the song I would sing to get me out of bed in the morning in a time when I felt like I couldn’t even do my laundry, and that would make me laugh and keep me on the path to choosing myself," she explains.

"I want to be clear: This is not a hateful song," she adds. "There is a sense of humour, a wink inside every lyric. This song is actually about still loving someone, but making the decision to put yourself first when you know you need to, wipe away your tears, clean out all their stuff from your apartment and give yourself all the love you had been giving to them."

There's a relentless joy to Cameron's message in the song and complete with a glitzy music video, Cameron proves she can do it all. While her plan is to continue to branch out into music, with more release on the horizon, she's not trading her life on screen quite yet. She's set to star in the upcoming live-action remake of The Powerpuff Girls as Bubbles.

"LazyBaby" is out now. Find Dove Cameron on Instagram.