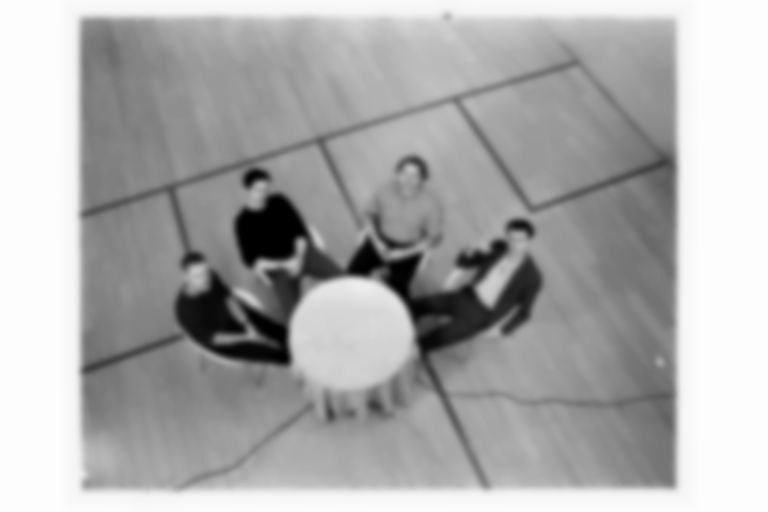 Hot on the heels of tastemaker favourite “LeBron James”, “Fits” sees Nottingham quartet Do Nothing go sincere but nonetheless mordant, with a love letter to big brothers and childhood.

Released again on their own imprint Exact Truth ahead of their anticipated debut EP Zero Dollar Bill, “Fits” further advances Do Nothing's blend of intoxicating pop, razor sharp lyricism and driving groove. It's still awash with their incisive idiosyncrasy, but there’s a layer of lamenting in there that we haven’t seen before.

“The song came about relatively naturally,” says vocalist Chris Bailey. “It’s about that sad feeling of drifting away from things that meant a lot to you when you were younger. I wanted to write something about my big brother, and what came out sounds somewhat sarcastic but is actually a quite sincere love song to him and our childhoods. He’s called Benji and I don’t see him enough.”

Potent buzz saw guitars once more amalgamate with louring funk rhythms and Bailey’s theatrical croon. Confusion and urgency is still key on “Fits”, but lyrics such as “pushed your feelings down past your toes” give the feel for a new autobiographical and affectionate depth, as does the rather adorable revamp of “Eeny Meeny Miny Moe”. Post-punk meets nursery rhymes and the result is most agreeable.

“Fits” is out now and Zero Dollar Bill will release on 10 April via Exact Truth, pre-save it here. Catch them live at The Courtyard Theatre on 5 March and find their other UK tour dates on Do Nothing's Facebook.