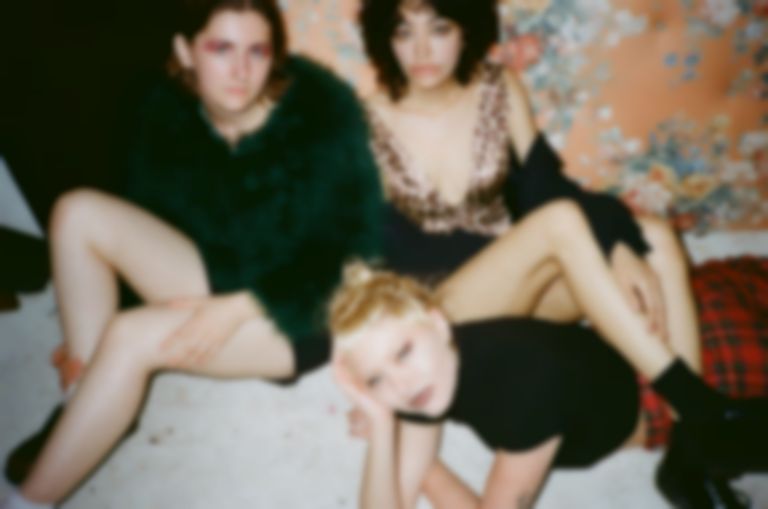 Incorporating feather-weight electronics and glitzy hypnotism, deep tan’s new outing “Shimmer" is a delicate number recalling early Warpaint guitar lines and lazily smoky vocals. With hazy melodies, the single is a delightful follow up to their previous release “Air". The track itself is about “surface-level people with malice that runs deep” explains the band of their new effort. “People who operate with cruel intentions, who mask their agenda with a pretty convincing, shiny veneer.”

Alongside “Shimmer", the band have also shared the contrasting, glitchy single "Constant Inconsistencies", which poses the question: “You love them, but where the fuck are they??” The confrontational, punk-reminiscent bassline and spoken-word vocals build tension similar to that of early Joy Division recordings.

Explaining the writing process of both singles, deep tan explain: “We approached the writing of this release by thinking about it as being made up of two tracks which we saw as two sides of a coin. Where “Shimmer" is (relatively) quite soft and light, with multiple layers and harmonies, “Constant Inconsistencies" is pulsating, motorik, hypnotic. It's the dark side. If it was a person, it'd be “Shimmer"'s angsty younger brother who's been caning neat whisky at home, getting pumped-up and ready to meet his mates out on the lash.

“He'll turn up late and get kicked out after ten minutes,” continue the band. “But it doesn't matter because he remembers he has three cans of Holsten Pils waiting for him at home, warming on top of the fridge. We wrote and recorded “Constant Inconsistencies" in the space of a week and ended up going with the demo.”

Delivering tracks which are the complete polar opposite of each other, the band highlight their sonic versatility. The singles are effervescent, painting their image with an array of erratic sounds.

The AA-side "Shimmer" and "Consisten Inconsistencies" is available now via Practise Music. Follow deep tan on Instagram and catch the band supporting Crumb at The Dome on December 3rd.