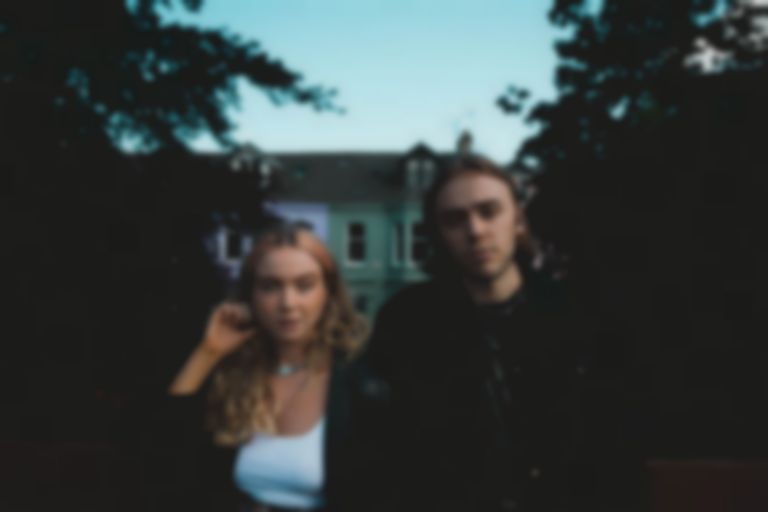 Glasgow’s post-punk scene is overspilling with exciting new talent at the moment, from The Ninth Wave to Walt Disco and now, Dead Pony. Now, the duo follow their earworm debut “Everything Is Easy” with new high-octane release, “Sharp Tongues.”

Bursting into life with gratingly powerful riffs, the track acts as a powerful call to arms before the vocals of frontwoman Anna Shields take the lead. The track finds that perfect balance of melody and expression as the anger that fuels the release doesn’t detract from its pop elements. Proving that anger can be packaged together in a catchy, three-minute bundle, “Sharp Tongues” is an imperial post-punk outing that is set to take the hype around this new band and push it skyward.

“’Sharp Tongues’ is written about those people who absolutely grind your gears. Those people who are hell bent on spreading gossip and starting rumours,” explains vocalist and guitarist Anna. “They are so unfulfilled with their boring lives, that to add a bit of spice they rely on stirring the pot and starting shit with people.

“I bet everyone has at least one-person spring to mind after reading that – and that is who this song is about.”