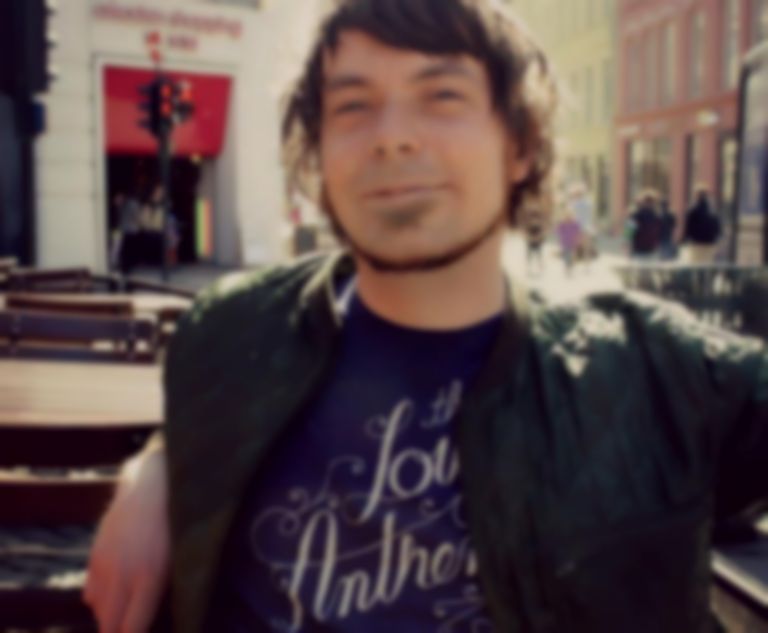 In 1992, Lou Reed released Magic and Loss in response to a close friend’s death. There is indeed that dichotomy of feeling, in the wake of a loved one’s death, when the wind that was knocked from your lungs returns and the nauseous feeling subsides, where you sense this stardust circulating the air as people reminisce, look at old photos, and laugh; the realization that a paradoxical sense of joy has just as much import as the sadness in grieving.

The plaintive piano, cascading cymbal crashes, swelling brass fanfare, they envelop and cradle Snævar Njall Albertsson’s impossibly wrenching and bittersweet lyrical recount of a loved one critically hospitalised with anorexia on the lead single from his upcoming sophomore release as Dad Rocks!.

Dripping with earnestness, and not a sense of cloyingness, Albertsson’s words convey an overwhelming directness that is found all too rarely in pop/rock music; “Your weight is low / but your eyes still glow / As you go through hell”, expresses, in turn, the red-eyed anguish of the experience and the enchanting wonder one always finds in a loved one’s eyes, regardless of the circumstance.

Fortunately, Albertsson’s loved one avoided the fate of Reed’s, and we are privileged enough to share in his moment here in his song, which provided a professional high-point as well:

“Maybe the song helped her in coping with the illness, and thankfully she is now stable. I wanted to try something I never tried before, and with a friend who plays in the local brass band in my city, we arranged the song for a full brass band.

“It was a special experience to be there in the room recording the band.”

Dad Rocks! newest LP, Year of the Flesh, will be released 29 September.