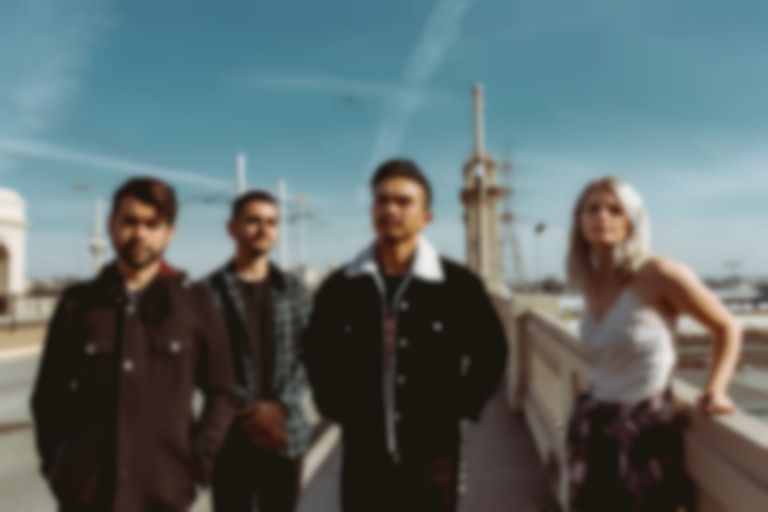 We all know the feeling of floating through a party, of weaving through the “hellos” and “how are yous” in a desperate attempt to find a nook or cranny in which to squeeze, a place where you can feel comfortable.

While they may never feel at ease, Cuffed Up’s new single “French Exit” helps us find camaraderie in this familiar sentiment. Much of what works about “French Exit” comes from the way in which vocalist Sapphire Jewel navigates this isolation, pouring out a stream of spoken-word anxiety with ease and bending her voice around the exacting instrumentals in way that effortlessly draws you into the band’s world.

The first single from the band’s forthcoming debut self-titled EP - to be released via the band’s own label Corduroy Recordings - “French Exit” sets the table for the kind of confessional punk that Cuffed Up brings in spades. The accompanying video for the single, directed by Josh Drew, wonderfully intercuts the track’s isolating feeling with the intimacy that can come when you find that one person who understands.

“A lot of us deal with anxiety in social functions but it’s easy to get swept into the unhealthy act of labelling one’s self worth,” says Jewel of their new release. “‘French Exit’ is kind of a love letter to all of the significant others who know the ‘real’ you and keep us all grounded”.

“French Exit” is available now on Corduroy Recordings, with the self-titled EP to be released 21 February. Follow Cuffed Up on Instagram.