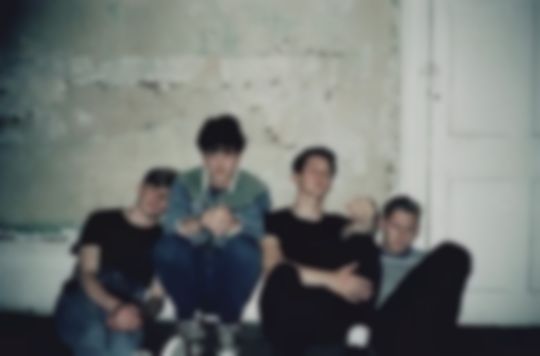 Indie disco is alive with the sound of Circa Waves, as the Fender-wielding foursome unveil their latest piece of revved-up rock for our antsy, rock-deprive scene.

With early releases such as “Good To Me” and “Get Away”, the Liverpool outfit went some way to bashing the final nail in the guitar music-debate coffin. Now it’s their challenge, along with their peers, to develop and help the genre flourish again.

Catch Circa Waves live and you’ll know they’re the real deal and this new cut showcases another string to their bow; none of the pent up attitude is lost but there’s a certain depth and interest added thanks to some more unusual progressions and an undercurrent of sadness and longing - as the name suggests - throughout.

They’re a band that go from strength to strength and remain the young pioneers for every music fan that harks back to The Strokes, begging for a fist-clenching jump around and a good old bit of air guitar.

Stream “So Long” below but don’t expect this lot to go anywhere soon.