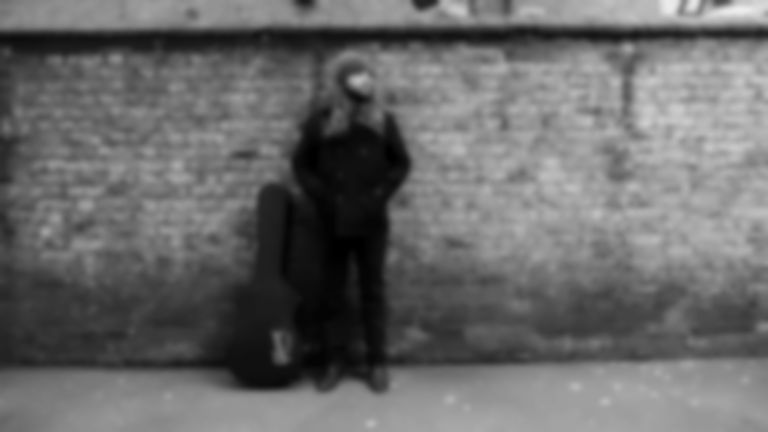 “When you have a bad storm that hits, the next day the trees are in full bloom and the grass is greener and lightning cleans the air up”. He’s talking about the weather, but Brent Cobb could just as easily be describing his own blossoming into one of the most talked about country singers coming out of Nashville right now.

As listeners begin to turn their backs on the frat party posturing and beery chauvinism of Bro-Country a space has opened up in country music for a new kind of male troubadour – traditionally masculine, but more sensitive, thoughtful and politically inclusive, throwing back to the stars of the late sixties and early seventies - and Brent Cobb is just that kind of country singer.

The title track of his debut album, "Shine On Rainy Day" was co-written with East Nashville mainstay Andrew Combs. As Cobb describes it, “the song, started as a reflection on my own personal journey so far. I wrote the first verse along with the chords and melody. Then, my publisher got with Andrew Combs' publisher and they thought the two of us would write well together. We hung out for a couple hours just talking about different bands and artists but not really writing anything. So, after hearing what kind of music Andrew was into, about a hour before we left, I played him what I had of the song. He added his own experience and that was it. I suppose it's about finding the good in the bad”. Growing up in Ellaville, Georgia, Brent Cobb’s music has that same warmth and rural, easy-going early-Spring-evening screen-doors-swinging-in-the-breeze kind of feel of a small southern American town. It’s quiet and laid back. Unassuming at first, before it works its way into your soul.

After they met for the first time at an aunt’s funeral, Brent Cobb hooked up with Grammy award winning producer and older cousin Dave Cobb; the man responsible for recent groundbreaking country albums by Chris Stapleton, Jason Isbell and Sturgill Simpson, whose Elektra Records imprint Low Country Sound is home to the album in the US. Like Stapleton, Brent Cobb cut his teeth as a songwriter working in the shadows of music row, writing album cuts for Miranda Lambert, Kenny Chesney, Luke Bryan and Little Big Town, all the time working on his own songs and searching for a direction of his own. It wasn’t until he contributed "Down Home" to Dave Cobb’s concept album Southern Family that the pair of them stumbled across the distinctive blend of blue-eyed southern soul and southern country rock that makes up his debut long player. The production is stripped back and vulnerable, leaving space for Brent’s world weary southern drawl to really settle down for the night. As the singer explained, “Dave and I both really wanted to add strings and harmonies to the song and had to fight that temptation. It seemed like adding anything else may have taken away from the charm so we decided to keep it as bare as possible.”

Country music has always been a genre divided against itself, and in recent years the quiet battle between commercial Nashville country and the more high-minded Americana movement has seen the genre pulling itself in two, but it might be that the signposts to its future are actually pointing somewhere down the middle, mapped out by a growing wave of “Third Way” country artists like Chris Stapleton, Sturgill Simpson and Miranda Lambert. Likewise Brent Cobb, a modern traditionalist who can fit just as comfortably on conservative mainstream country radio as he can with a non-country audience. Exciting things are happening in the space that’s opened up between the two. It’s like how in the mountains the flowers often grow in the cracks between the rocks.

Shine On Rainy Day is out now via Atlantic Records.