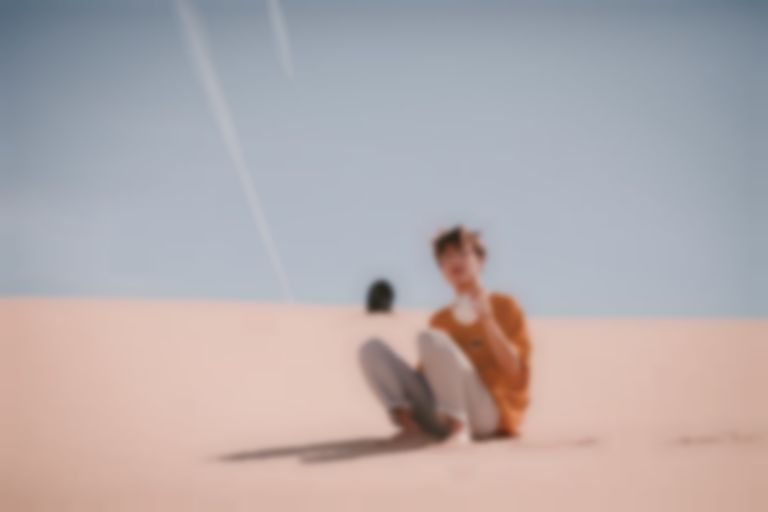 Photo by Copyright 2020. All rights reserved.

There’s not much on the internet to know about Brakence. A stream of singles/EPs started in 2017 picking up support across streaming platforms and reddit posts, catching attention with his processed falsetto and innovative production. Releasing his bhavana EP last year, tracks like "softie" hooked hearts and further attention.

He’s 18, and based in Columbus, Ohio, having recently dropped out of Ohio State University after two weeks, realising it wasn’t for him. But who needs a college education when your new single is streaming close to half a million in a month?

On "fuckboy" Brakence skips between the emotional guitars of American Football, the chaos-fuelled pop-punk of The 1975 and the R&B-indebted emotion of EDEN. It’s a genius track that keeps you guessing with dynamic construction, raw energy and savvy lyrics for 2020s suspicious, online state.

"fuckboy tryna play my homie, but 2020 i’ma take time on me, out the window where my mainline goes, this is sacrilegious how i’m gon fade off IG." He whips in falsetto, following with prophetic gloom, "what success? my eyes are on a screen, if you’re hurting call my line and if you’re doing good, it’s not like i don’t care, i wanna see the world, this shit ain’t the same if i can’t breathe your air."

Previously Brakence had kept his identity hidden, but in the video for "fuckboy" he shows his face as the track hits its climax. His new record punk2 came out today (26 March) and also features the recent bop "fwb". He’s due to play his debut show at NYC’s Mercury Lounge on June 29th.

Brakence’s new single "fuckboy" and album punk2 is out now via Level.