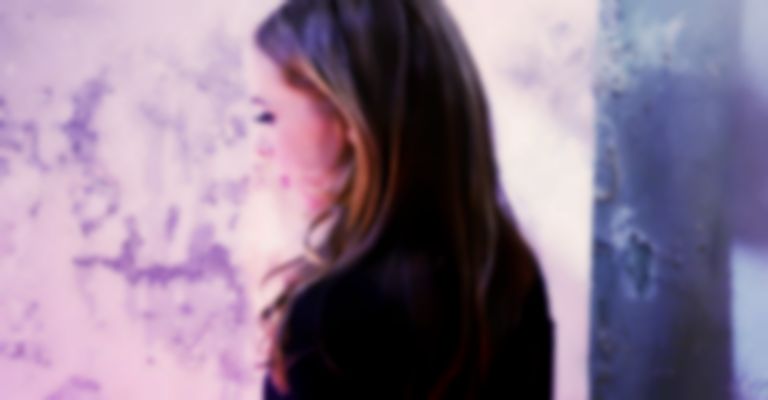 Back in the mid-00s a Norwegian band called The Work released a few records to no great result, leaving the members to concentrate on their record label. Ten years or so down the line the members are back to give it another go under the name BLYTT - and it should be a massive success based on this debut release.

With connections to Annie, Röyksopp and some other Bergen-based outfits BLYTT are Kjersti Marie Blytt and Lars Jacob Tynes Pedersen, plus producer Njål Paulsberg (AURORA, Young Dreams) and their first single "Closer" is a dreamy dance-pop banger.

With nods to Italo house and gleaming '80s electronic pop, the track throbs on synth bass, atmospheric keys add a layer of foreboding and over all that Kjersti Marie Blytt's icy-cool vocal delivers lines about overcoming loneliness. We've all been that person watching the dancefloor from the bar, wanting to be part of the heaving throng of people yet unable to quite make that vital connection. "Closer" is all that and more; better late than never, but BLYTT are on to something good.

We caught up with the Norwegians to find out a bit more...

BEST FIT: Hello BLYTT, what can you tell us about the band?

BLYTT: "BLYTT is a pop group from Bergen, Norway. Kjersti Marie Blytt and Lars Jacob Tynes Pedersen are the two main members. However, as far as we’re concerned, an additional de-facto member is our producer Njål Paulsberg – who otherwise records his own music as Evigheten, is part of Young Dreams, and is also part of Norwegian pop starlet AURORA’s band."

When did you get together?

"When BLYTT formed is really a definitional question. The project initially started a few years into the millennium, when Kjersti had been hosting the club night Pop Till You Drop with Annie for a few years, and Lars Jacob had been co-running a scruffy record store affiliated with the Tellé Records imprint. We started making music at the time, but we first released a few 12-inches in the mid-aughts – then under the moniker The Work. We released the records on our own Powerblytt label, on which we also released artists like Skatebård (Digitalo/Bordello A Parigi), Nightmoves (Kitsuné), Juvelen (Hybris) and Mental Overdrive (Smalltown Supersound). After a few years of doing lots of club nights, concerts and so on, we went on hiatus, and both of us pursued PhD degrees for a few years, while doing the odd DJ-gig now and then. A few years ago, we started recording again in Njål’s studio – this time under the BLYTT moniker, so maybe that’s when the project started? There is always a beginning."

What’s the single all about?

"'Closer' details – like the lyrics suggest – 'an anthology of feeling alone'. The track is optimistic and realistic at the same time, we guess. You can always get closer (just ask Valerie Dore), things can always become more lucid. And that’s a positive and a negative at the same time, somehow. Most of the music we love is born out of this clash between contrasting emotion – tears on a dancefloor, falling in love while at a funeral, feeling alone while surrounded by people. Closer began as a drum track – a beat that was designed in homage to late 80s/early 90s powerballads. We made it really slow, and were listening to this beat, and everything else just feel in place."

"We are influenced by achievement. We like achievers, people who get it done – who think and act big. We are influenced by dancers, voguers and by conversations with interesting people. We find great inspiration in Chicago house, Italo disco, Swedish pop and Finnish electro. We like conceptual thinkers – those who who weave stories and create universes that are larger than the sum of their constituent parts. It could be a record label boss, a city planner, a night club curator, a chef or an editor. And of course we are inspired by early-career Madonna, mid-career Cocteau Twins and late-career Arthur Russell. How can one not?"

Do you have more music in the pipeline?

"Yes! We’ve recorded a handful of tracks, and we’re in the process of finishing a few more. The next single is likely to be the track 'Steady State', for which we’ve also received an absolutely banging remix by Swedish pop maestros The Sound of Arrows (whose most recent album Stay Free is a delicious pop pearl, by the way!). We originally wrote the song while travelling through Budapest in 2008, but it was only recently that we managed to 'unlock' it. We had been struggling with how to produce it, but we really like how it ended up – bass heavy and tight, with lots of space for the vocals, but increasingly flooded with synthesizers as the track progresses. The Sound of Arrows-remix is heavenly as well. Can’t wait to release it!"

"Closer" is out now via Diamond Club.