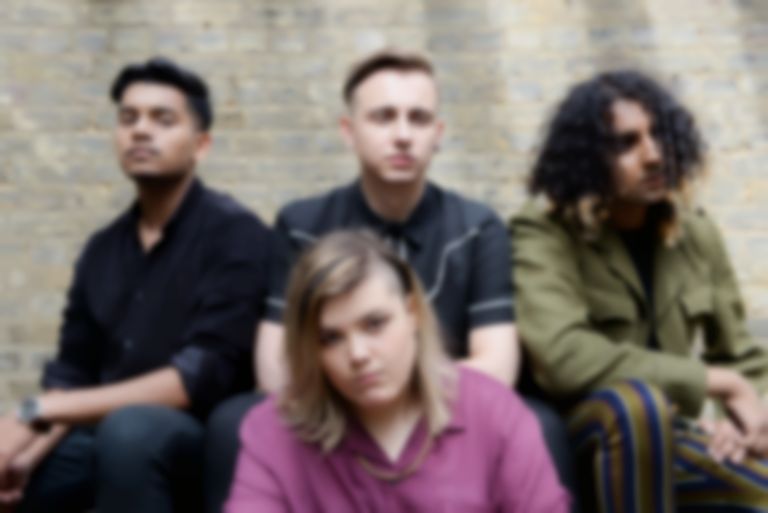 The Uxbridge four-piece return with another blistering cut that only builds on the excitement that they first sparked earlier last year.

Having recently played some prolific support slots with the likes of Pale Waves, BLOXX again unleash a powerful statement of creative intent. With "Monday", the band feel like a tighter unit than ever before, growing into their sound and proving that they have the material to back the initial hype that surrounded them.

"Monday" bursts at the seams with a thundering energy, where the pounding drums drive the whole song onwards whilst frontwoman Fee Booth commands a razor-sharp presence at the centre of the track.

It's another menacingly strong offering from this rising indie power-pack, and acts as the perfect taster for what's to come, as the band say "We think 'Monday' might be the track we've poured the most into, we tried to make it a statement for where we are heading as a band."

"Monday" is the first track to come from the band's upcoming EP, which is due to be released with Chess Club Records, and if this is anything to go by, we're in for a real treat.

"Monday" is out now via Chess Club.