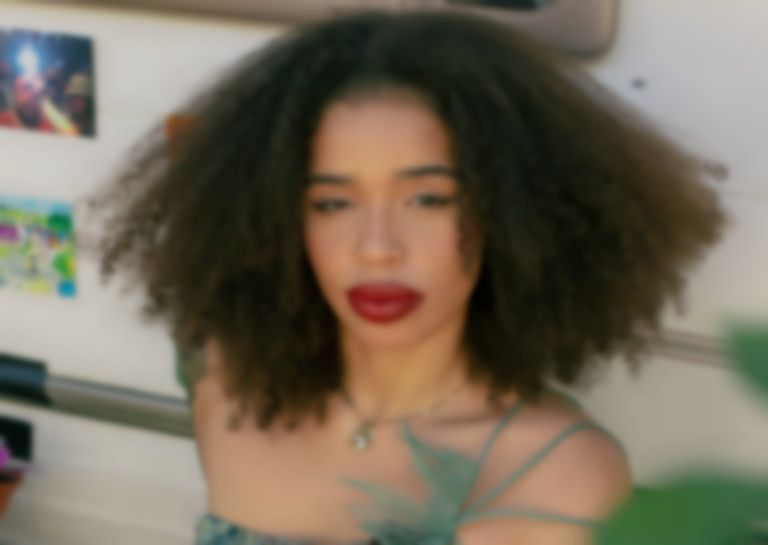 The first in a double release exploring power, liberation, trauma, and insecurity, Bel Cobain doubles down on her jazz-infused sound in "Leader".

From the moment you first hear those ice cubes rattling in a glass, Bel Cobain's single "Leader" demands you sink deep into it like a poolside hammock. For all the mellow overtones, it is also quietly subversive, unpicking the power dynamics of intimacy with a refreshing lightness of touch.

Cobain grew up in East London, kickstarting her career in venues such as the Roundhouse and Jazz Café, where she elevated her sound from off-the-cuff poetry to the expansive, jazz-infused R&B that has become her trademark. Ever since breakout release "Introverted Stoner" back in 2019, her lyrics have pinpointed emotions rather than spelling out storylines. She writes instinctually and empathetically about loneliness while celebrating the quiet strength that comes from solitude and self-knowledge.

Not that anything about the music is solitary. Though she started out alone, she soon realised a career spent fiddling with settings on GarageBand wasn't going to cut it. Her jazz sensibilities demanded a deeper interaction with other musicians and instruments, and the spontaneity of responding to different musical cues in the heat of the moment.

Her influences are wide-ranging, from Pink Floyd to Fela Kuti through to Angie Stone, but there's also freewheeling energy to the music and originality to her lyric-writing that feels almost esoteric. "Leader", in particular, materialised like a gift from the creative gods; coming to fruition in less than an hour as Cobain bounced around ideas in her home studio, before offering it up to her band. Together, they moulded the song into its current form, encompassing jazz, Latin and Afrobeat elements until they had a track so full of warmth and sensuality and earthiness that it feels like you're hearing it unfold live on stage.

As gently seductive as "Leader" may appear on the surface, it's also about the empowerment of surrendering to desire on your own terms. Each lyric lands like a sly, sidelong glance: as Cobain murmurs lines like "when the sun comes it's like hasta la vista" her voice seems to flutter with satisfaction. Submission with a side order of sweet autonomy: slip off at dawn, breakfast at your own place.

The release also includes the B-side "Unsafe House", a meditation on inherited trauma, and the fear of being exposed to dangerous situations by loved ones, with the haunting note of a trumpet underscoring the vulnerability of the lyrics.

Cobain herself seems a fairly enigmatic presence, and the same can be said of her voice. Its cadence is closer to that of a hushed conversation than any studio theatrics. But rather than digging up old internet bios, the best way to get to know Bel Cobain is simply to dive into her music. "Leader" packs more of a punch than any moonlit serenade you've ever heard in your life.

"Leader" is out now. Find Bel Cobain on Instagram.