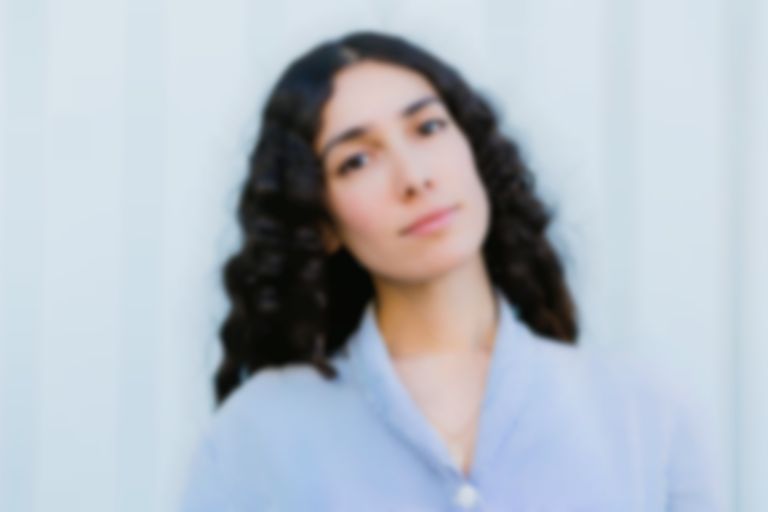 Bedouine's latest track "One Of These Days", a carefree ode with jazzy refrains and classic singer/songwriter charm.

"One Of These Days" joins with "Solitary Daughter" and "Dusty Eyes" to help preview Bedouine's upcoming self-titled debut album.

"I had borrowed my friend's Blazer and taken it to the narrow streets of downtown Los Angeles to run an errand," explains Bedouine, aka Azniv Korkejian, of the track. "The steering was loose and it felt like navigating a cruise ship down a canal. He had JJ Cale's Naturally in the stereo as long as he had the truck, as if it came with it. I was somewhat familiar but it was then I noticed how JJ Cale turned a phrase on the drop of a dime. He'd sing a phrase that sounded like a complete thought, then all of a sudden move the punctuation over to add a tag. That's what inspired the phrase'get it, and get it right'."

"The song itself is an optimistic outlook on wanting to speak the same language as someone, or at least close enough for you both to feel loved," Korkejian continues. "Jake Blanton (who owns the Blazer) played drums. Gus Seyffert, the producer, played bass and tracked us live. The video was another collaboration with Tom Salvaggio and pokes fun at its own whimsy."

"Moving around so much caused me at some point to feel displaced, to not really belong anywhere and I thought that was a good title," Korkejian says of her Bedouine name - although born to Armenian parents in Aleppo, Syria, she was raised in Saudi Arabia and the USA. Since arriving in the States she's lived in Boston, Houston, Los Angeles, Lexington (Kentucky), Austin, and Savannah (Georgia).

Bedouine is released via Spacebomb on 23 June.