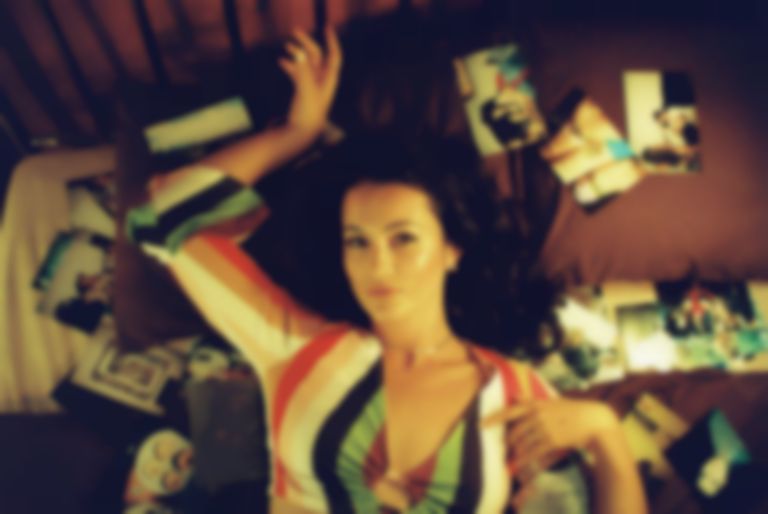 Staffordshire-born artist Alex Jayne has consistently brought her tales of love, loss and nostalgia to vivid technicolour over the course of a grey year, but “Pictures” feels like a centrepiece.

For the fourth time this year, we tumble through a short story as universal as it is awash with neon minutiae. Alex Jayne sings with the magnetic calm of someone fully in control of their own world, albeit one that’s still being written in her head.

“It’s about breaking free from my own attachment to photographs from the past,” she explains, “and how easy it is to be seduced by nostalgia… to ignore the truth behind a rose-tinted lens.”

“So why don’t we smile for a picture baby?” she sings, knowingly reflecting in the room of mirrors. “Because all we are is pictures lately.”

Her rich vocal holds a reservoir of sorrow, as a dizzying sweep of guitar-grazed synth-pop surrounds her, and ribbons of rapturous melody weave around stills from a home movie shot on celluloid film.

The accompanying music video captures it perfectly – in her words, a girl trapped in a self-invented world of make believe. Even when measured against these unattainable ideals, Alex Jayne’s music is holding up.

"Pictures" is out now. Find Alex Jayne on Instagram.